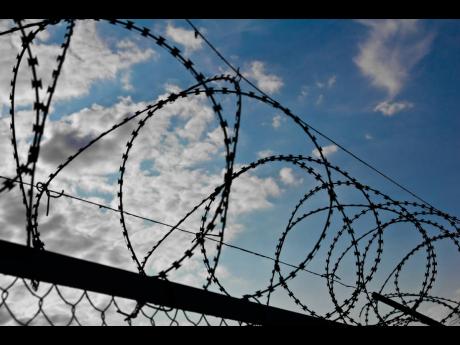 Jamelia Leslie, the 28-year-old quality control inspector imprisoned for last year’s murders of two children and their mother in Mavis Bank, rural St Andrew, has made an impassioned plea for forgiveness, noting her incarceration has so far been one of reflection on the pain she caused the affected families.

Leslie and her brother, Javone Leslie, were sentenced to 88 years in prison on May 31, after they were found guilty of stabbing Kasheif Jackson repeatedly, before setting her home on fire, trapping her two-year-old son, Aviere Williams, and seven-day-old daughter, Aranza, who were asleep inside.

All three perished in the blaze that has since left many in the rustic Mavis Bank community still traumatised and casting blame. The attack reportedly stemmed from a rivalry between the women, who both had children for Artnel Williams, a 43-year-old farmer in the nearby Tower Hill community.

“The night of the incident my brother was so unaware. The question I ask myself is how could I have done such an act? I don’t know what happened or what came over me,” read a 10-page letter in which Leslie outlined a twisted love triangle, laden with lies, jealousy, and heartbreak since 2012.

“I cannot repay, or nothing I say can bring these kids and their mother back. The pain of Kash’s family tears me apart … they never deserved to die. They were innocent,” continued Leslie, who has a five-year-old child with Williams.

“I am pleading with Kash’s family to please find it in their hearts to forgive me and my brother. I can’t explain the pain and torment I’m feeling just knowing I did all of this. Please find it in your heart to forgive me,” said Leslie, also apologising to her family and friends for letting them down.

Weeks after sentencing, Williams described Leslie as a deranged woman who was out to destroy the relationship he shared with Jackson. He said Leslie had months before tried to poison young Aviere by pouring pesticide into his drink, and would constantly make threats against Jackson.

Leslie’s sentences will run concurrently, so she will spend 36 years behind bars, but Williams was not satisfied, noting that the incident has caused him sleepless nights and a pinched nerve, which has made providing for his other children difficult.

Last week, however, Leslie said those claims are all lies and described how she changed from a churchgoing and hard-working nursing student to someone driven to kill after meeting Williams at 21.

She said Williams was seldom employed while they were together, and that she supported him and his children during their roughest times.

According to a report on the sentencing earlier this year, Williams had acknowledged that Leslie had been financially supporting him and the children he shared with Jackson.

In her letter, Leslie said that since her incarceration, she has realised that the relationship she once treasured was meaningless to Williams, who she found difficult to leave.

While she has taken responsibility for her actions, Leslie said she hopes her life will serve as a warning to young girls to be wary of older, manipulative men.

“My word for young women and men out there is please don’t be fooled by these older men and women who come pretending that they care. Find a family member or someone you can trust and talk to them,” she said.

“Don’t stay in silence. Never love someone more than yourself if that’s not God … once the signs are evident, run. Don’t wait around to find out. Young ladies, stick to your dreams,” she said.

MAY 31 SENTENCES FOR LESLIE SIBLINGS

- Count 2: For the murder of two-year-old Aviere Williams – 21 years

- Count 3: For the murder of seven-day-old child Aranza Williams – 21 years