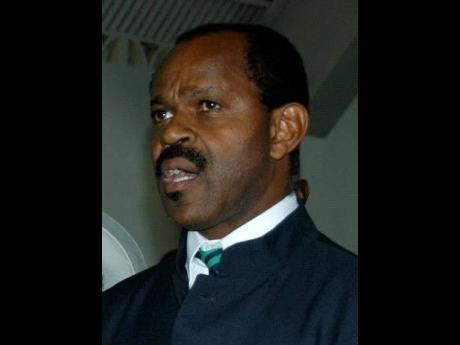 The Westmoreland police have been heavily criticised for breaching the constitutional rights of two men by ignoring court orders for them to be released.

Western Jamaica attorney-at-law Don Foote is fuming that the police have been using sweeping powers under the state of emergency imposed six months ago to justify their actions.

“The police are giving the impression that the SOE outflanks the judges’ power and also outflanks the Constitution, and I am saying that it cannot be that way,” said Foote, who is calling on the prime minister and the leader of the opposition to intervene.

According to Foote, he has documentation from the court authorising the release of Remando Kerr and Kevin Miller, whose matters are unrelated.

In the case of Kerr, the attorney said Parish Judge Kelly-Ann Bowen ordered his release in July, but he is still languishing in custody as, immediately after his bail bond was signed, the police rearrested him under the SOE.

“The wicked oppressors (the police) still have him in jail, and it is an ungodly act,” said Foote, who was seeking redress through the courts. He also plans to challenge the legality of some of the SOE’s provisions.

“Jamaica’s problem is that the people in authority, which involves some police, some lawyers and some judicial officers, are acting ungodly, breaching poor people’s constitutional rights, which is exemplified by the disregarding of the court order made for the release of my clients. We need to abolish what I call the PSOJ – poor sense of justice – from Jamaica,” said Foote.

Likening his fight for justice to a lone voice in the wilderness, Foote also criticised the Cornwall Bar Association (CBA) as spineless in failing to aggressively lobbying against human-rights breaches.

“I am not getting the support that I am entitled to get from the CBA, of which I am a member, and I have drafted my letter of resignation in protest,” declared Foote. “The lawyers in the CBA are behaving like invertebrates,’.”