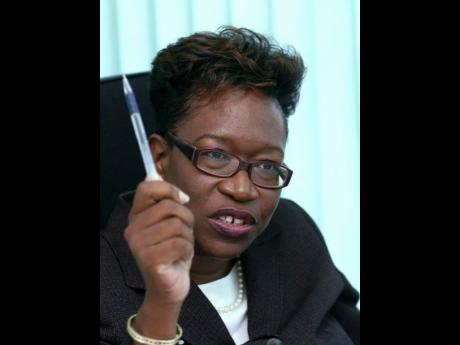 Without the main witness, believed dead, to testify against alleged members of the Westmoreland-based Dexter Street Gang, Director of Public Prosecutions (DPP) Paula Llewellyn has indicated that the case would not succeed.

The alleged gangsters – 15 males and four females – were charged with breaches of the Criminal Justice (Suppression of Criminal Organisations) Act 2014, commonly referred to as the Anti-Gang Legislation. However, The Gleaner understands that a number of them were remanded to answer to other criminal offences.

Llewellyn said that this is why her office took the decision on Tuesday to enter a nolle prosequi, suspending the matter indefinitely, freeing the gang members when they appeared in the Home Circuit Court in downtown Kingston.

Section 31D of the Evidence Act outlines the circumstances under which a statement can be admitted into evidence in a criminal proceeding if the person who made the statement is unable to give oral evidence before the court, including if the witness is dead or mentally unfit.

The DPP said that an application in relation to that section of the act would not be successful.

“And a question could be asked, why not a Section 31D application? It would not be appropriate. In a case of this nature, credibility is a great issue ... . Therefore, where the main witness is an accomplice, reliability and credibility are at the heart of the assessment that the judge – the tribunal of fact and law – is going to make of the witness. You would have to have viva voce (oral) evidence,” she said.

The reputed gangsters have allegedly been linked to nearly 40 murders in western Jamaica since 2016.

In 2018, The Gleaner reported that the police believed that a shipment of 19 guns intercepted at the Kingston Container Terminal on November 17, 2017, was destined for the gang.