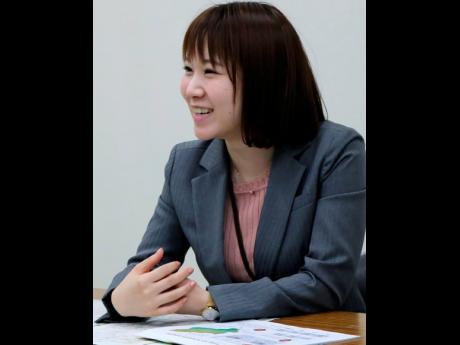 Today, she can smile at the memory and even poke fun at her actions then, but the earthquake of April 2016 that struck the town of Mashiki, located in the Kumamota prefecture, causing death, destruction, and confusion for days, will always be etched in the memory of Madoka Kusana.

The first quake struck at 9:26 on the morning of Thursday, April 14, with a magnitude of 6.5 on the Richter scale, and was followed by an even stronger one at 1:23 a.m. on Saturday, April 16, with its intensity recorded at 7.5.

Twenty persons were killed directly as buildings collapsed on people and 25 more died from related causes linked to the crumbling of medical services as power outages severely affected service delivery.

Madoka, who is employed to the Crisis Management Division, was unaware of the scale of the carnage and catastrophe and lived a nightmare of her own as she struggled to cope.

“I was jogging from my home and suddenly fell, and because of the shaking, I couldn’t get up again,” she shared through an interpreter on Thursday during a visit to her office. Disoriented and distressed, the young woman was at the mercy of the elements before help came from an unexpected quarter.

“Someone was driving nearby, and actually, this person drove me back home. It was a total stranger,” she told The Gleaner.

Madoka later sought refuge at her grandmother’s home, but fate was not yet finished with her.

“I was shampooing my hair when the aftershock came,” she said, recalling how she kept her wits about her. “I rinsed the shampoo out of my hair, and I came to the office because this is where we’re supposed to gather.”

Recovery efforts were dealt a severe blow when the sports complex designated as a major evacuation centre suffered major infrastructural damage and was declared unfit for use. And things got worse when the vehicle providing power collapsed during the main shock, paralysing town-hall functions. Due to fears from repeated aftershocks, many residents slept inside vehicles afterwards.

As for Madoka Kusana, there are still nights when she is haunted by the memories, but instead of being paralysed by fear, she is motivated to be always on the alert for the unexpected, spending the night sleeping fully clothed – with everything she would need in an emergency – just in case!