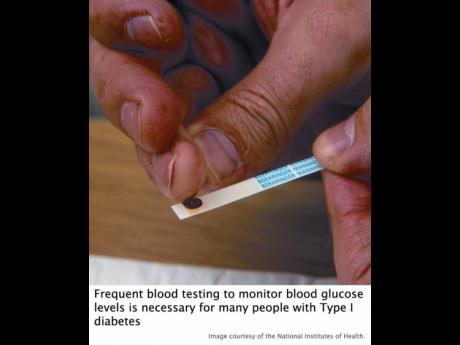 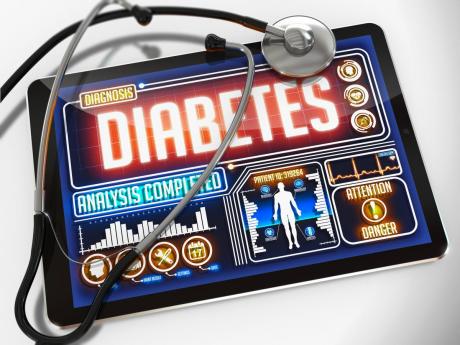 Former district constable and garage operator, 67-year-old Linton Berry, is crying for help from prison as he fears losing his sight because of the lack of a proper diet and medication for his diabetes.

Berry, who has been serving a life sentence since he was convicted of murder, told The Sunday Gleaner he was diagnosed in 1992 with type 2 diabetes but the prison authorities have failed to assist him in getting adequate care, leading to a deterioration in his health.

“I am now diagnosed with type 1 diabetes, and I am sure that if I were getting adequate medical care my medical condition would not have worsened,” Berry contended.

He said he did not have the money to purchase medication for his diabetes and is not getting the right diet, which should include fruits and vegetables.

“I see myself dying a slow death,” said Berry.

Berry is now fighting a legal battle to get adequate medical care while being incarcerated, and also to be compensated by the State for what he claims are breaches of his constitutional rights.

Berry came to national attention in 1987 when he was arrested and charged with the murder of 36-year-old Paulette Zaidie, his former lover. He was convicted in 1988 of murder and sentenced to death. The United Kingdom Privy Council overturned his conviction in 1992 and a retrial was ordered. Berry was convicted in 1997 for murder and sentenced to life imprisonment and ordered to serve 25 years before he could be eligible for parole.

The prosecution led evidence that Berry had deliberately shot Zaidie in the head out of jealousy because they were living together when she married Jimmy Zaidie. Berry’s defence was that his gun went off accidentally as he struggled with her while attempting to get her into her Jeep.

Attorney-at-law Christopher Townsend claimed that there are persons in lock-ups and serving sentences who lack appropriate medical care.

Referencing a case in which he is representing a man charged with murder, Townsend said his client is diabetic and because of the condition and treatment in the lock-up, the detained man has developed an infection in the abdomen that went untreated for some time. He said it was only when his client developed a massive sore on the abdomen that he was taken to hospital this month, and is now hospitalised.

“Our prison facilities in Jamaica cannot take adequate care of those who are incarcerated, especially those who are sick,” Townsend said.

He pointed out that there are daily complaints of persons not being taken for treatment by the police or prison authorities. Townsend said even when judges make orders for medical treatment for prisoners they are not necessarily carried out.

“For a long, long time, the prison service has been delinquent in paying attention to the prescription needs of the inmates. They don’t act unless there is a crisis,” said a lawyer who has worked in the system, but preferred not to be named.

But a prison official, when contacted last week, dismissed the criticisms, arguing: “Our medical unit, despite challenges, dealing with a huge population and limited financial resources, does an excellent job.”

The prison official disclosed that the prison authorities partnered with the Ministry of Health and other organisations to offer healthcare, including dental and eye care to inmates. The official said medical missions also visit the prisons regularly to assist with healthcare.

On the issue of special dietary needs, the prison official said inmates are assisted by family members on the days they are permitted to bring food, but the prison authorities also try their best to help in maintaining their diets.

Attorney-at-law Zara Lewis, who this year filed Berry’s suit against the State, said she is now waiting for the Attorney General’s Department to file a response to the claim so that the case can move forward in the Supreme Court.

Berry is seeking compensation from the Constitutional Court for the infringements of his rights and distress suffered by the refusal to allow him access to necessary life-saving food and medical assistance.

Berry said in his affidavit that after he was diagnosed with type 2 diabetes, Dr Dobbe-Royer Powe, the director of the medical services at the Tower Street Adult Correctional Facility, granted him permission to receive items on a daily basis according to the diet sheet received from the Diabetes Association of Jamaica.

He said that despite his pleas, he has not been allowed access to any of the items on the diet sheet and, as a result, he now has damage to his retinas, which has resulted in serious blurred vision, constant leg and muscle pains, dry, itchy skin, headaches, difficulty concentrating, and high glucose levels. He said that in January 2018, the commissioner of corrections gave permission for him to have weekly access to the items on the diet sheet but it has not been implemented.

“I am prescribed many drugs, most are crucial for the control of my condition, but there are times when I am without these for several days. It should be noted that I have never received a supply of Lexotin, Doxium or the required vitamins,” said Berry.

Berry, who has so far completed 22 of his 25-year-prison sentence, said he would be asking the court to release him from prison based on the time he had spent on death row, as well as the stressful conditions under which he has to exist.