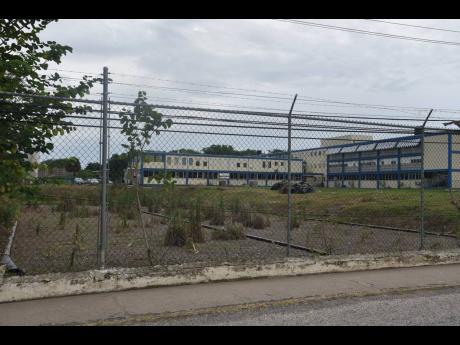 Mark Titus
The reed bed of the sewage treatment plant at the Savanna-la-Mar Hospital in Westmoreland. Photo by Mark Titus

Health Minister Dr Christopher Tufton has ordered independent auditors to probe expenditure on a dysfunctional wastewater treatment plant at the Savanna-la-Mar Hospital in Westmoreland after it was discovered that the project had racked up 180 per cent in cost overruns.

The sewage improvement venture involved the installation and management of biodigester septic tanks, developed and patented by scientists at the Scientific Research Council (SRC), at seven health facilities across Jamaica, including Savanna-la-Mar.

Funding of $389.3 million was provided by the National Health Fund.

“What has been discovered on my visit there is totally unacceptable … and that will be my only comment on that matter at this time,” said an infuriated Tufton when contacted by The Gleaner.

The contract was signed between the Ministry of Health and Wellness and the SRC on April 24, 2014, at an estimated cost of $113.7 million but has since ballooned to approximately $319.2 million and is 90 per cent completed.

“The board is very disappointed with the project. It has not worked consistently for more than four months since it was commissioned in 2017,” Eric ‘Busha’ Clarke, chairman of the management committee at the hospital, told The Gleaner yesterday. “So the problems must be resolved.”

“I cannot agree with anything that has been done until it is all corrected and working as it is supposed to work because a lot of money was spent, and it needs to function as a maintenance-free system, as it was designed for, and that is not the case.”

Clarke also said that the SRC has not been sufficiently responsive to the matter.

When contacted on Monday, executive director at the SRC, Dr Cliff Riley, was reportedly unavailable, and while acknowledging that there were issues at the Type C hospital, Carolyn Rose Miller, manager of marketing and corporate communication at the SRC, opted to consult with her boss and the technical team before offering comment. Up to press time, The Gleaner had not received a response from the state-funded entity.

The Gleaner also obtained documents that revealed that the SRC was paid a 20 per cent management fee of approximately $64 million for design and construction despite subcontracting most of the tasks to a private firm.

Another company, Davidson & Hanna Limited, a quantity-surveying firm, was also hired for “the oversight and review of certificates by SRC to be submitted to the health ministry for payment”. However, the document did not mention how much was paid to these firms.

“The biodigesters don’t work consistently, the reed bed not working, and it gets flooded when it rains, plus the chlorine chamber is too small for capacity,” said a senior member of staff of the hospital on Saturday.

“There are other structural deficiencies, and even more concerning would be the fact that the commitment was for a 300,000-gallon-per-day system, but this is maximum 200,000 gallons,” the staffer added.

According to Steve Morris, chief public health inspector for Westmoreland, his team is policing the situation and is confident that the issue will not become a public hazard.

“The previous contractor aborted the project due to payment issues, and suddenly, another contractor came to complete it, without any consultation with us, but some remedial work is required,” Morris told The Gleaner.