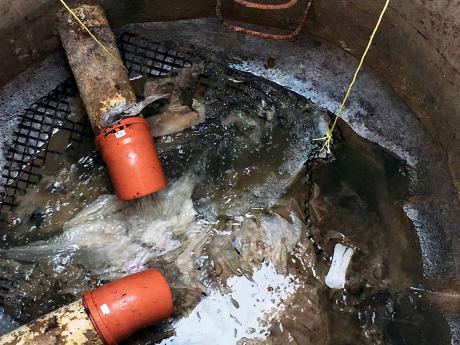 Towels and sheets are among the inorganic material purportedly dumped down the drain by staff at Savanna-la-Mar Hospital in Westmoreland. Contributed 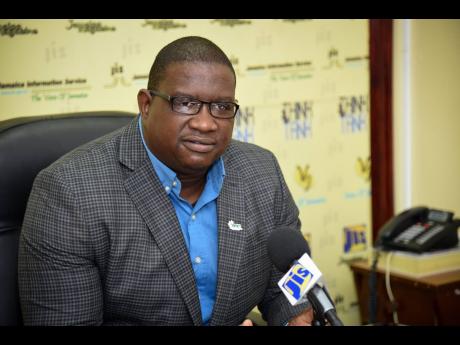 Staff of the Savanna-la-Mar Hospital in Westmoreland have been scolded for wrecking a multimillion-dollar wastewater treatment plant by dumping towels, sheets and other material down the drain.

Last week, Eric ‘Busha’ Clarke, chairman of the hospital’s management committee, and other stakeholders pointed to myriad problems plaguing the Westmoreland medical facility, including a purported 180 per cent hike in the original costing. They also claimed that work on the project was yet to be completed.

But the Scientific Research Council (SRC) has rubbished claims that it mismanaged the construction of the sewerage system, saying instead that there was poor administrative oversight, despite members of the institution being trained to manage the facility.

An independent probe is now under way into millions of dollars in overruns.

The Dr Cliff Riley-led SRC told The Gleaner on Friday, days after a response had been sought, that concerns regarding “poor” hospital practices were communicated through emails and formal letters to the hospital’s administration.

“The system would operate as designed if the poor disposal practices by the hospital are curtailed, as inorganics will take years to degrade and the biodigesters are designed to treat organic waste such as faeces, blood, urine and other body fluids,” said a spokesperson in a statement from the board and management.

The SRC identified large sheets, towels, bandages/gauze and washrags among the inorganics being deposited into the system.

Meanwhile, Health Minister Dr Christopher Tufton has hit back at the SRC, labelling its defence as “absolute rubbish!”

“First of all, you cannot have a system that is so fragile, knowing it has to cope with waste ... . There are technologies that can deal with such issues,” said Tufton in a telephone interview from overseas on Friday.

He has threatened sanctions if an audit of the dysfunctional sewerage system laid the blame on the SRC.

According to the SRC, the cost attributed to the treatment plant at Savanna-la-Mar Hospital was actually $141.84 million and not $113.7 million. Variation to the project was $22.037 million, which was reportedly approved by the ministry. The SRC said this is a 15.53 per cent hike in cost, and not 180 per cent as reported by the hospital management.

Installation of the waste treatment plant at all six health facilities cost an estimated $389.24 million.

According to the SRC, the contract was signed for a 209-cubic metre (55,212-gallon) system, refuting claims by a senior employee that the facility was inadequate.

“At no time were there any discussions or agreement for a 300,000-gallon-per-day system,” the SRC spokesperson said in the statement to The Gleaner. “In fact, it would have been physically impossible to construct a system to manage and treat 300,000 gallons per day, as the entire hospital site would have been too small.”

The SRC said it was paid just under $57 million for both phases of the project, which covered all costs associated with designing, quantity surveyor fees, feasibility studies, training, project overheads, environmental and building permits, travel, as well as monitoring of systems to ensure compliance with National Environment and Planning Agency regulations.

“Additionally, similar systems were implemented at four other health centres under the same project. To date, we have not received complaints from those health facilities,” the SRC spokesperson argued.