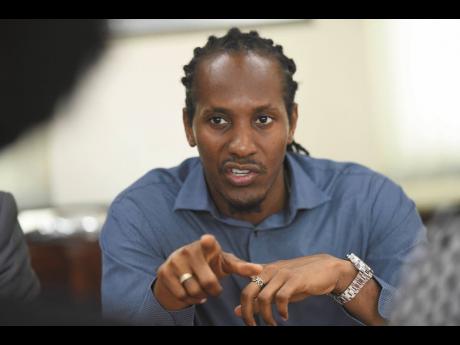 Christina Williams, president of the Guild of Students at The University of the West Indies, raised the issue during a Gleaner Editors’ Forum held last Friday at the newspaper’s North Street, Kingston offices.

Williams, a special guest of the forum, asked Alando Terrelonge, state minister in the Ministry of Education, Youth and Information, for a status update on the Comprehensive Sexual Education Programme for schools.

“So, I will say it this way, simply because it is controversial. As a government, we operate within a broader context which includes stakeholders. There are some stakeholders, and one in particular, who believe that sex and sexuality, and condoms and birth control, and just safe sex, should not be a discussion to be had with young persons, or young persons who are unmarried,” he said.

Terrelonge outlined a number of views which were held by young males and females alike about humans and sexuality, many of which were deleterious to their health. He said it was critical for teenagers to be equipped quickly with relevant information. Even as he acknowledged that abstinence was an important component, he said stakeholders should not be naïve to human nature, curiosity and sexuality.

“We must empower our children. If you are not going to abstain and wait until you are married, then condom use is necessary. If not, you open up yourself and your party to contracting sexually transmitted infections. We must arm them with information. So, it is going to take more discussion with all the stakeholders to arrive at a new perspective, one that has security of health of our children in mind,” he explained.

He said stakeholders should accept that they are powerless to stop youngsters from becoming sexually curious and experimental.

The sexual education course, which in 2014 was introduced into six private children’s homes by human-rights group Jamaicans for Justice (JFJ), appeared to have been hijacked by gay-rights promoters.

The programme, titled ‘Realising Sexual and Reproductive Health Responsibly: JFJ’s Pilot Intervention in Children’s Homes’, for which content was originally provided by the Jamaica Family Planning Association, was funded by the Caribbean Vulnerable Communities Coalition.

Then youth minister Lisa Hanna ordered an immediate end to the course.

Williams also sought an update on the Health and Family Life Education curriculum for schools, which was also wracked by controversy when, in 2012, it was ordered revised after appearing to normalise homosexual relationships.

“We have a policy proposal which is being developed to include a mental-health component. The thought process is to have the Guidance Counsellors Association of Jamaica work with the child psychologists in cross-sectoral consultations with ministries (health, labour, social security). Discussions have started to see how best we can frame a programme like that,” the state minister told the forum.