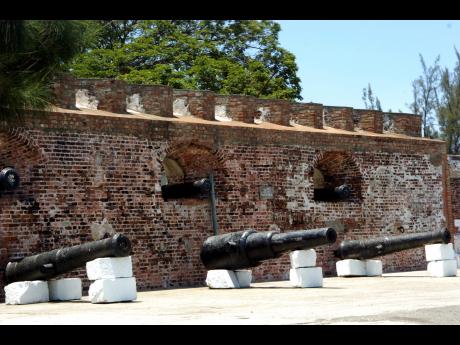 The University of the West Indies Department of History and Archaeology is sounding off over the planned development of the Port Royal Pier, arguing that the fragile ecosystem is in danger.

Cabinet had approved US$7.4 million for the supply, installation and commissioning of a floating pier for cruise ships at Port Royal.

Port Royal is considered one of the most fascinating locations in the entire Caribbean, with well over 500 years of incredible history, full of the most interesting characters to have ever lived.

A key component of the proposed development is restoration of historical sites in Port Royal, including the Old Naval Hospital, Fort Charles, the Admiralty houses and Fort Rocky.

The Port Authority of Jamaica has so far taken a major step towards its planned development of a cruise port terminal in Port Royal, after securing a floating pier for the historical east Kingston town.

The floating articulating pier, known as a SeaWalk, arrived in Kingston in February.

“We have learned that the Government, through the Port Authority of Jamaica and the Urban Development Corporation, is going full steam ahead with the plan to build the floating pier with little regard for the impact that this is likely to have on the fragile ecosystem of the area, the rich built and archaeological heritage and the citizens of Port Royal who will have to share the inadequate infrastructure with the cruise ship visitors,” the department said through its head, Enrique Okenve, PhD, in a column published in The Sunday Gleaner today.

Okenve said while the department understood that the Government needed to generate economic activity, such development cannot be pursued at all cost.

He said issues such as environmental protection and cultural heritage preservation must be taken into account when pursuing economic activity.

“The Government appears determined to monetise Port Royal’s natural and heritage resources without realising that, as it stands, its plan can seriously undermine the town’s fragile ecosystem as well as its rich but dilapidated built and archaeological heritage,” Okenve argued.