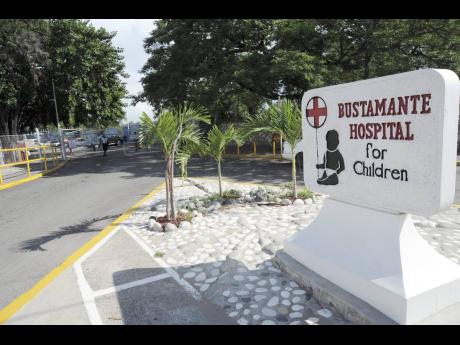 File
The Bustamante Hospital for Children is the island’s only paediatric institution. 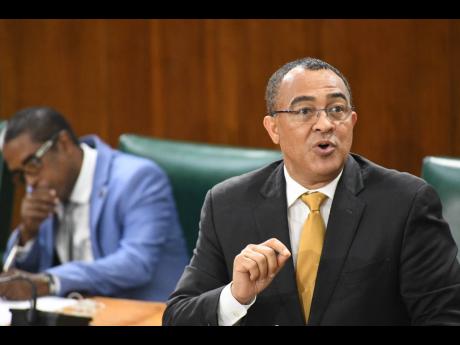 A probe has been launched into the whereabouts of security guards on Sunday as a confrontation between People’s National Party Councillor Kari Douglas and Dr Judith Francis Bogle at the Bustamante Hospital for Children resulted in the shutdown of the Accident and Emergency Unit on Sunday morning.

The altercation, which forced the closure of the unit between 1 and 3 a.m., occurred after the doctor determined that Douglas’ eight-month-old son Xayn, who had a fever, was a non-emergency case.

Douglas, with son in hand, burst into Francis Bogle’s office while she attended to another patient, blocked the doorway, and demanded to know what was wrong with her child, a situation Health and Wellness Minister Dr Christopher Tufton said was unfortunate.

Tufton says that while he understands the emotional connection between parents and their children, holding medical staff “hostage” is inexcusable.

He suggested that one worker feeling threatened could impact work flow and morale.

“I don’t think there is any excuse for holding staff ransom and hostage, which is what the report indicated. That is unacceptable, and it really should be rejected in terms of that kind of practice and habit,” Tufton said.

“I have asked for further determination on the matter. More specific, for example, is where the security guards were. We do pay a lot of money for security to be present all the time. I need to know what were the procedural breaches, and if there were none, the parent would have to be held accountable.”

He said patients should bear in mind that the public health system is operating with doctors and nurses who are extremely stressed, “especially at this time of year with dengue and flu”.

… Suppose my pickney did dead?

To eliminate instances of children having to wait hours on end before receiving care, Dr Michelle-Ann Richards Dawson, senior medical officer at the facility, reminded parents that only cases of emergency should be brought to the Accident and Emergency Unit.

Since 2016, the ministry has embarked on an initiative to slash wait times at the facility. However, during heightened periods of dengue and flu, there has been an influx of ill children, many of them non-emergency cases.

When The Gleaner visited the Bustamante Hospital for Children yesterday, some parents still harboured concerns over long wait times.

Crystal Esterine, whose three-year-old daughter has palsy, had been waiting since 9 a.m. before being able to leave the facility about 5 p.m.

“Dem big and slack up here,” she said, venting her frustration.

Felisha Haughton said she had been at the hospital since Sunday night and was told that her one-year-old son’s case was not an emergency.

She slept at the hospital to see another doctor yesterday morning, and that practitioner gave her a positive response.

“I feel really bad. Suppose my pickney did dead last night, wah you a go tell me seh?”