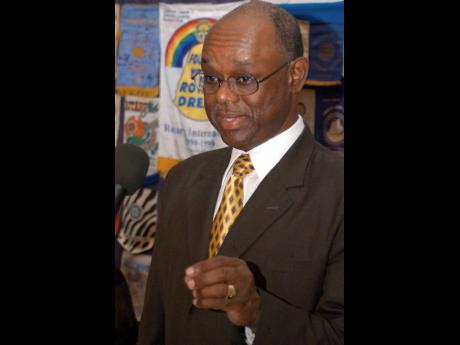 An attorney for the three soldiers facing murder charges for the 2010 killing of businessman Keith Clarke has argued that even without a certificate of immunity, his clients would still be shielded from criminal prosecution once they could demonstrate that they acted in good faith.

According to Michael Hylton, QC, that protection is available to Corporal Greg Tingling, Lance Corporal Odel Buckley, and Private Arnold Henry “as long as you have a right to bring a claim against them”.

Hylton was responding to attorneys for Clarke’s widow and the Independent Commission of Investigations (INDECOM) who argued before the Full Court that the certificates of immunity granted to the soldiers were unconstitutional.

The Full Court is hearing a legal challenge brought by Claudette Clarke and supported by INDECOM and the Office of the Director of Public Prosecutions (ODPP) against the certificates, which have stalled the murder trial of the soldiers.

The documents were signed by then Minister of National Security Peter Bunting on February 22, 2016, under the emergency power regulations having the imprimatur of the governor general in May 2010.

Dr Lloyd Barnett, the attorney representing Claudette Clarke, argued that the certificates were void because they “conflict with the Constitution”.

Barnett argued, too, that the “ministerial certificate” had the effect of interfering with, or influencing, the powers of the ODPP, as outlined in the Constitution, as well as the normal jurisdiction of the court.

“Interference with cases in this way is constitutionally impermissible. Any action which seeks to deprive the court of its normal jurisdiction can only be taken by constitutional amendment,” he argued.

Mikhail Jackson, the attorney representing INDECOM, pointed out that regulations under which the certificates were granted expired on June 29, 2010, “without extension”.

“The regulations have no retrospective application. The authority that would have vested in the minister to issue the certificates would have ceased on the expiry of the regulations,” Jackson argued.

“If you think about it, it would be absurd for the minister to issue certificates in perpetuity. It would continue forever. How could an act that was meant to be temporary continue to operate indefinite in this way?” he questioned.

The certificate issued to Tingling said: “I hereby certify that the actions of JDF [Jamaica Defence Force] Corporal Greg Tingling on May 27, 2010, between the hours of 12 a.m. and 12 p.m. at 18 Kirkland Close, in Red Hills, St Andrew, which may have contributed to, or caused, the death of Keith Clarke were done in good faith in the exercise of his functions as a member of the security forces ... .”

The INDECOM attorney said that it appeared that there was no evidence that Bunting conducted any proper assessment of the soldiers’ action “to enable him to have issued these certificates of good faith”.

However, Hylton said questions about any assessment of the soldiers’ actions during the operation were not one of the issues before the court.

He also dismissed Barnett’s assertion that the issuance of the certificate would fetter the supervisory role of the courts.

“The powers given to the governor general to make these regulations and the regulations he makes are consistent with our constitutional schemes because he has a similar power under the Constitution,” Hylton argued.