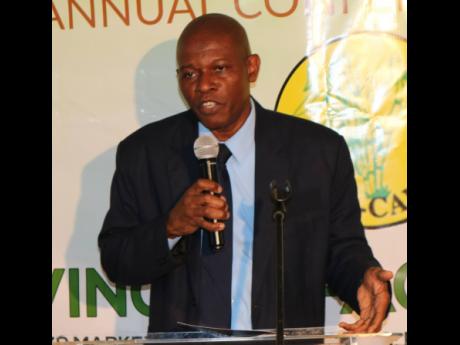 President of the Jamaica Manufacturers and Exporters Association (JMEA), Richard Pandohie, has vowed that his organisation will resist any attempt to centralise the importation of refined sugar, through the Sugar Industry Authority (SIA), which a senior technocrat announced yesterday as a proposal that the Government was mulling for implementation.

The plan, as articulated by director in the Strategic Planning Division of the Ministry of Industry, Commerce, Agriculture and Fisheries (MICAF), Delroy Coley, a last-minute stand-in for portfolio minister Audley Shaw, would route the importation of refined sugar through the Sugar Industry Authority (SIA), which would be stored in a bonded warehouse. From there, it would be distributed to individual manufacturers.

Manufacturers would be required to pay duty upfront on refined sugar, with a rebate given upon verification of its use in manufacturing.

This was disclosed during the 70th annual general meeting of the All-Island Jamaica Cane Farmers’ Association at the Denbigh Showground in Clarendon yesterday.

“We would resist that fiercely,” Pandohie told The Gleaner. “It’s the first time I’m hearing of it and would be shocked from a manufacturing point of view. You would be aware of the difficulties in getting back money from Government, as we have seen with GCT (general consumption tax). We would resist it fiercely,” said Pandohie, who is also CEO of the Seprod Group.

The sugar industry has long accused manufacturers who enjoy duty-free access for the sweetener as an ingredient in the manufacturing process of diverting much of it to the retail trade, and, thereby, fleecing the State of millions in tax revenue.

Following repeated accusations, past president of the Jamaica Manufacturers and Exporters Association, Metry Seaga, has challenged the sugar stakeholders to provide proof so that legal action could be taken against guilty business operators. Despite his repeated calls for action, they have failed to do so.

The farmers’ joy yesterday was, tempered, however, when they pressed Coley for a timeline on the implementation of this intervention.

The cane farmers were further incensed that given the parlous state of the sugar industry, with several estates shuttering operations, none of the three ministers assigned to MICAF – Shaw, J.C. Hutchinson, or Floyd Green – attended the AGM. Dr Omer Thomas represented Hutchinson.

But as cane farmers became more militant during the meeting, Coley served notice at the onset of his speech that he would not answer all their many questions.

“The shoes that I have been called upon to fill are not easy ones so to do. I am neither Quashie nor Quashie’s shut, and therefore, I ask you, listen to my message, and please spare the messenger,” he said.

Editor's note: An earlier version of this story indicated that the centralisation of refined sugar imports was settled policy. It has been clarified that that plan is a proposal.
christopher.serju@gleanerjm.com