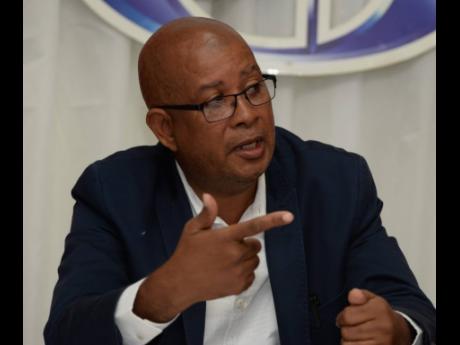 Less than 48 hours after Prime Minister Andrew Holness announced a $1.3-billion mitigation programme to combat the deadly dengue outbreak, councillors of the St Catherine Municipal Corporation engaged in a sparring match, accusing each other of playing politics with the disease.

There have been 44 deaths among 6,114 suspected cases of dengue in Jamaica since January, and the disease has spiralled to record levels across the Americas, with 1,206 fatalities from 2.7 million cases up to October, according to the Pan American Health Organization.

Councillors attending Thursday’s monthly general meeting of the corporation traded barbs about the authenticity of information provided by chief public health officer for the parish, Grayson Hutchinson, who said that the epidemic was contained in the parish and that the health department had not been notified of any new cases since last month’s report was delivered.

People’s National Party (PNP) councillors, who form the majority, led by Chairman Norman Scott, were unrelenting in criticising the report.

“I don’t known how to reconcile the two, but, Mr Hutchinson, the facts on the ground are saying something else,” said Scott, who is also mayor of the capital, Spanish Town.

“Think about the mother who spoke to me about watching her young child die from dengue very recently, and this is just one of many cases. What we have is an inadequate health system that is not responding to the needs of the people.”

Scott argued that previous allocations for dengue mitigation activities seemed to be misdirected, a position supported by all members of his caucus.

But Grayson hit back at the mayor’s assertion, saying that the accuracy of the report was beyond debate.

“I will not accept that the ministry is not doing its job in relation to the dengue outbreak. We are doing what is required by us and we are seeing positive results,” Hutchinson said.

“We have not received any notification for the period and no confirmed cases have come to our attention.”

Jamaica Labour Party (JLP) councillors pushed back at the chairman, accusing him of playing politics with a deadly epidemic.

Kenisha Gordon, councillor of the Spanish Town division, rapped her PNP counterparts, charging that they were more intent on toeing the party line than reining in dengue.

“Mr Chairman, it seems to me that my colleague councillors on the other side would prefer to see people die so that they can grandstand and score political points from the dengue outbreak rather than playing their part,” said Gordon.

“We are entitled to our own opinions but not our own facts,” Gordon stated.