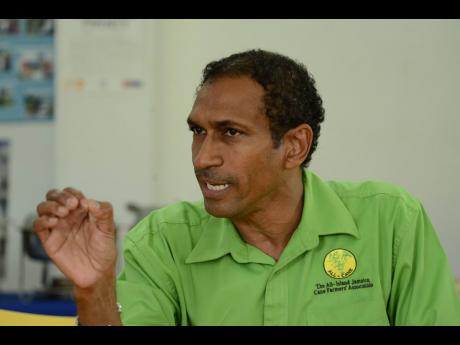 Fending off allegations of a billion-dollar scandal involving bush-clearing contracts in Eastern St Thomas from 2017-2018, the board of the Rural Agricultural Development Authority (RADA) has denied impropriety, warning the Opposition to put up or shut up.

Opposition Spokesman on Agriculture Victor Wright yesterday accused RADA of “misuse of public funds of enormous proportions” under the Rehabilitation of Farm Roads Programme, claiming exaggerated contractual costs and payouts for no work done. Wright said that the alleged excesses raised questions about breaches of the Government’s procurement guidelines, accountability, and corruption.

But RADA Chairman Nigel Myrie rubbished the assertions made by Wright and Opposition Leader Peter Phillips, telling The Gleaner that the agricultural agency spent a total of $31 million to rehabilitate a handful of roads in St Thomas between 2017 and 2018: Johns Town to Needham Pen ($6.1 million); Penwood to Gordon Field ($6.15 million); Buckingham to Lloyd’s ($6.245 million) and Buckingham to Font Hill Western ($12.8 million).

“We have no other expenditure in the parish. We would welcome the Opposition to provide the evidence of the claim and we can take it from there, but at this point, we don’t have that information,” the RADA chairman said.

At a press conference at the People’s National Party’s Old Hope Road headquarters yesterday morning, Phillips said that the overall budgetary provision for farm roads islandwide was approximately $470 million in 2017-18, but alleged that total contracts for bush-clearing in St Thomas alone was $1.6 billion over the same period.

However, Myrie has insisted that performance audits conducted by the Auditor General’s Department covering 2015-2016 through to 2018-2019 did not bear out the Opposition’s claims.

“In fact, no internal audit raised that issue either,” said Myrie, adding that “RADA does not do bushing at any rates by itself and the rates we do use are in keeping with National Works Agency-recommended rates,” Myrie said.

JOB RATE OUT OF LINE

Phillips said that the Opposition’s investigations revealed that job rates were way out of line with what the National Works Agency pays for corresponding work. He charged that bush-clearing contracts were being done at a rate of $10.38 million per kilometre under the RADA Farm Roads Programme, while in contrast, the NWA was paying $150,000 per kilometre, a difference of more than 6,000 per cent.

“What is worse, based upon the investigation by Victor Wright and Dr Fenton Ferguson, the member of parliament in Eastern St Thomas, is that we do not believe that any of this bushing was done, much less to find evidence to justify the scandalous rate that has been paid,” Phillips said.

“On the face of this, it seems that, once more, the country has been treated to a giant rip-off by the JLP Government,” Phillips said.

Phillips has also urged the prime minister to ask Ministers Audley Shaw and J.C. Hutchinson to recuse themselves of oversight for RADA until the investigations are complete.