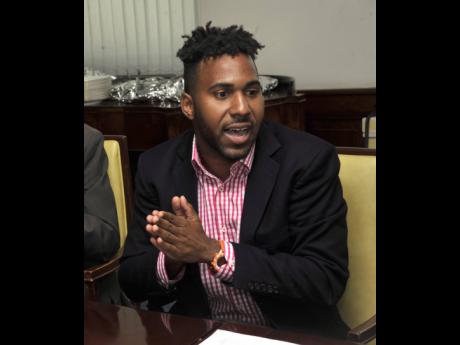 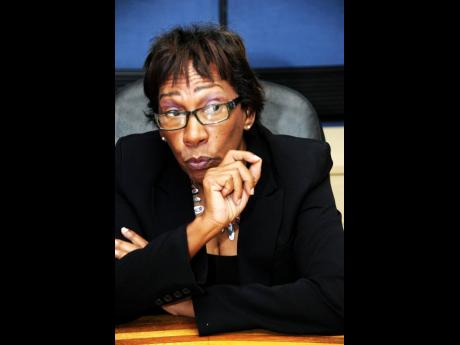 A chorus of outrage and condemnation erupted five days before Christmas in 2013 after news broke that gunmen had shot and killed a district constable and wounded one of his colleagues, a female corporal, as they attempted to arrest a wanted man in August Town, a gritty community in eastern St Andrew.

But almost six years later, evidence has emerged which, according to the attorneys for the accused killer Jermaine Chambers, suggests that District Constable Paul White was killed and Corporal Desrene Hyatt injured in a case of friendly fire.

Further, a document obtained exclusively by The Gleaner appears to show that the three-person police team, led by Hyatt, ignored the instructions of their superiors when they embarked on the ill-fated mission to arrest Chambers.

Chambers walked from the Home Circuit Court a free man at the end of his murder trial last Thursday.

In the hours after the 2013 incident, White and Hyatt had been hailed for their valour.

“District Constable White and the woman corporal demonstrated great bravery, as they were attacked in the process of apprehending one of the most wanted men in the St Andrew Central Division,” the Police High Command said in a statement issued at the time.

But among the evidence produced during Chambers’ murder trial is the report of a police ballistic expert. It appears to blow a hole in the account given by Hyatt in a witness statement detailing the sequence of events that unfolded near a bar in a section of August Town known as ‘Open Land’ on December 20, 2013.

Hyatt, in her sworn statement given on December 27, 2013, denied firing her police-issued Glock pistol during the incident.

Chambers’ Gun Court trial was closed to the public, but prosecutor Adley Duncan and defence attorneys Valerie Neita-Robertson and Kimberli Williams confirmed that Hyatt also insisted, while testifying in court, that she had not fired her weapon.

A third cop, a police constable, indicated, in his statement, that he had fired his weapon. White’s police-issued Glock pistol was never recovered.

The two guns, along with another Glock pistol, were sent to the Government Forensic Laboratory for testing. A ballistic report cited during the trial concluded that Hyatt’s weapon was fired, while the gun issued to the third cop was not fired.

Neita-Robertson, citing the statement of a female civilian who was also wounded in the gunfire, theorised that White’s death was the result of a “genuine accident and mistake”. In addition, she said the findings of the ballistic report exposed “elements of a cover-up”.

According to court documents: “Microscopic comparison of evidence with test-fired bullets from [Hyatt’s gun] revealed matching of the strations, that is to say, it was discharged from the barrel of [Hyatt’s gun].” Examination conducted on evidence revealed that the third cop’s gun had not been fired.

Duncan, who, along with Monique Corrie, prosecuted the case against Chambers, told The Gleaner that he was “not in a position to reject that assertion” of a conspiracy.

“Definitely, there is nothing in the evidence that would put me in a position to deny a cover-up. I don’t have any basis to reject that.”

Duncan conceded that the ballistics report “created inconsistencies on our own case that we could not account for”, but said the friendly-fire theory was rejected.

“Inconsistencies are anchored to questions of fact, and questions of fact are for a jury to resolve. A prosecutor cannot make decisions where there are issues of fact to be resolved because we would be usurping the functions of a jury,” he said, explaining the decision to go through with the trial against Chambers.

He revealed, too, that another eyewitness gave investigators a statement that supported Hyatt’s claim that Chambers was the trigger man. “By the time of trial, six years later, we could not find that witness, so that evidence could not go in,” the prosecutor said.

Hyatt revealed that she, White and another constable – all members of the Divisional Fugitive Apprehension Team (DFAT) – went to August Town to locate Chambers, who was wanted for several murders and shootings.

She acknowledged that “two to three days” before the operation, a senior cop she identified as ‘SSP Bailey’ reminded the team – during a briefing – that they should “call for a support team whenever we locate the target”.

On December 20, White got a tip that Chambers was in August Town and the team set out to confirm the information. She recounted that before they got to the area where Chambers was spotted, she reminded her subordinates that their duty was “not to capture wanted men”.

“Beware only to monitor the targets and report to the senior on the ground for them to send in a support team to apprehend the target,” she said, recalling the instructions she gave them.

But she said, in her witness statement obtained by The Gleaner, that this triggered a verbal exchange with White.

“I said to him, ‘You can stay deh a call me coward. Me wah live fi see Christmas.’”

According to her account, White had his police-issued firearm in his right hand and held Chambers in the “front section of his pants” with his left hand as a female civilian shouted, “A di wrong man you hold on pan.”

“At this point, I was approaching District Constable White to assist when I saw Jermaine Chambers … put his right hand behind him and I saw him pull out a black-looking gun from his back pants pocket. I saw when he put the gun to the left side of district constable White’s neck and he fired a shot.”