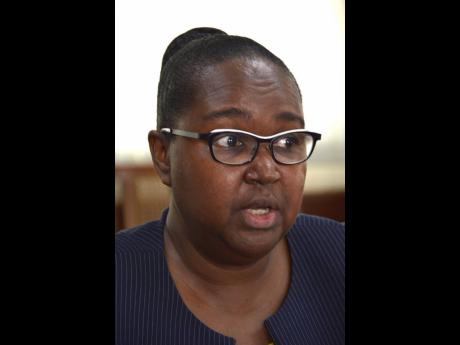 Acting permanent secretary in the Ministry of Education, Youth and Information, Dr Grace McLean, has admitted to breaches in implementation contracts amounting to $218 million carried out by Caribbean Maritime University (CMU) to build and expand classrooms at nine schools across the country.

She told Parliament’s Public Accounts Committee (PAC) yesterday that administrative action would be taken against persons for the violations.

McLean told the committee that the ministry was also taking steps to get retroactive approval from the municipal corporations for the projects, which have now been completed.

She said that eight structural engineer reports have been submitted to the municipalities for the projects.

“They have advised us to make sure that the buildings do not pose a danger to the children,” McLean added.

Auditor General Pamela Monroe Ellis had reported in her July 2019 procurement and management audit that the education ministry bypassed the due diligence of the procurement committee and further breached procurement guidelines by not obtaining approval from the National Contracts Commission for seven of nine contracts, based on values.

The CMU approached the education ministry with a design-and-build concept using containers between 2016 and 2017. The ministry gave CMU the green light to execute the projects.

The permanent secretary told the committee that the CMU used students from the institution on the projects in order to give them hands-on training.

However, in a flagrant disregard for the Government’s approval process, the ministry and the CMU did not submit applications to the municipal corporations for approval of the projects. The health ministry, the Jamaica Fire Brigade and the National Environment and Planning Agency were also sidelined in the implementation of the school projects.

Committee members queried who should be held responsible for the non-submission of applications to the approval bodies.

“The accounting officer, who is the permanent secretary, has ultimate responsibility to ensure that all administrative procedures were followed,” McLean said.

Dean-Roy Bernard, who was at the education ministry in 2016-2017 as permanent secretary, told The Gleaner yesterday that the procurement committee at the ministry, comprising the director of technical services, principal finance officers and senior officers, would have been involved in the due diligence and recommendation of the contracts to the permanent secretary.

“You will find in the ministry a document signed by about five persons where all the channels would have come through and a recommendation would have been made to the PS (permanent secretary). It is not for the PS to go behind the recommendations of the experts, except where there are blatant matters that jump at him,” he said.

Bernard disagreed with the auditor general’s finding that the procurement committee was sidelined in the projects.