US Ambassador: America and Jamaica will always be friends 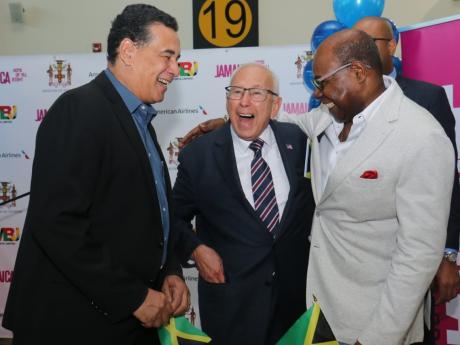 United States Ambassador to Jamaica Donald Tapia has declared that the relationship between Washington and Kingston will remain strong.

There has been increased attention on diplomatic relations between the United States and Jamaica amid a deepening partnership between the island and China.

But speaking this afternoon in Montego Bay, St James, Tapia said the US and Jamaica will always be friends.

“No matter who tries to separate us, we’re here together,” he said.

In recent weeks, the Chinese Embassy in Kingston has fired back at America, expressing “strong” opposition at US posturing.

Beijing maintains that the relationship with Jamaica and other countries in the Caribbean has been on the basis of mutual respect and win-win cooperation.

And, speaking in Parliament this week following his nine-day visit to China, Prime Minister Andrew Holness said Jamaica was pursuing multilateral relationships in the interest of the country.

He said this means strategic relationships are being developed with all international partners.