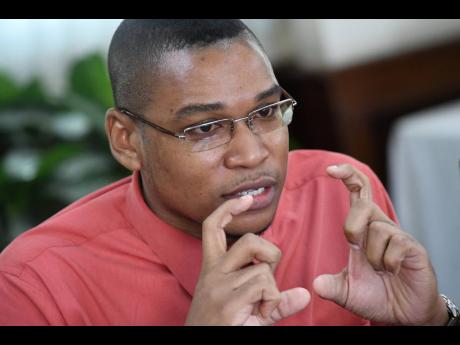 Representatives of the Jamaica Red Cross (JRC) say they are enjoying a ‘blue sky’ period bereft of any major crises, but social-intervention initiatives post the West Kingston incursion and in other vulnerable communities across the island keep volunteers busy.

Today marks the official end of the hurricane season and, according to Brandon McFarlane, emergency services manager at the Red Cross, it also marks the end of another nervous period for volunteers.

“The last major crisis for us was Hurricane Sandy, which wasn’t even a national crisis, and which would have just been eastern Jamaica … . Thankfully, Jamaica has not experienced anything of the magnitude of Hurricane Gilbert,” said McFarlane, referencing hurricanes that destroyed sections of Jamaica in 2012 and 1988, respectively.

“We are always grateful for not having disasters, especially those on a national scale. My concern is generally how prepared we are, however,” continued McFarlane. “It is inevitable that at some point we will be impacted, maybe even with multiple events at one time.”

McFarlane said that, in the absence of a major national crisis such as the threat posed by Hurricane Sandy, the Red Cross has been using the lull to sharpen its preparedness and communication structure to ensure efficiency when such a time arises.

The Office of Disaster Preparedness and Emergency Management (ODPEM) is the agency responsible for delegating responsibilities to Red Cross volunteers in the event of a major crisis, explained Audrey Mullings, board member at the Jamaica Red Cross.

In the meantime, however, Red Cross representatives say they have been extremely active, following the security forces incursion into West Kingston for convicted drug lord Christopher ‘Dudus’ Coke in 2010.

More than 70 people were killed in that operation, which left several residents of that community in a dire need for social intervention, particularly shelter and trauma and grief counselling.

The group has also been active in several vulnerable communities, providing aid for victims of fires and other disasters. The aid body has also opened two ‘Schools for Transformation’ in May Pen, Clarendon, and Central Village in St Catherine.

These, representatives said, are aimed at bolstering life skills that can help steer such youngsters, who are easy targets for gang recruitment, away from a life of crime.

The Red Cross has also been integral in the Germany-funded Resilient Islands Project, aimed at helping Jamaica adapt to climate change and its humanitarian challenges. In addition, it has been expanding in more than 270 schools across the island, securing some 8,000 youth volunteers.

“Because of our humanitarian principles, you may not see us making a lot of noise but we are there,” explained Audrey Mullings. “After the Tivoli incursion, we worked in Tivoli and at the time we were the only organisation that went in. We did support for persons who needed food and we also assisted persons who needed medicine.”

Meanwhile, McFarlane said the Red Cross has been providing oversight of the zones of special operations and the states of emergency.

“We don’t have operatives on the ground but, from where I sit, it is about always building that awareness in these communities,” he said.