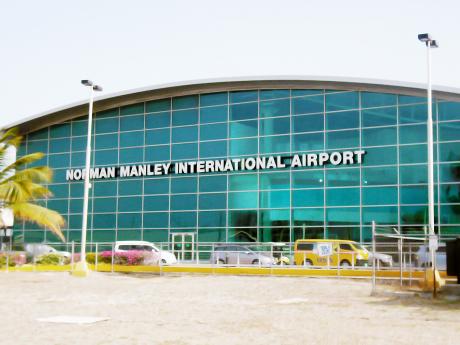 The now-retired inspector of police reportedly attempted to leave the island via the Norman Manley International Airport after the sting operation against him.

A senior cop who allegedly tipped off a gangster about a plan being devised by the Jamaican police, with assistance from international law-enforcement agencies, to apprehend him, has been allowed to quietly resign from the Jamaica Constabulary Force (JCF) without facing criminal charges.

The inspector of police, who was a top investigator based in a Corporate Area division, handed in his resignation earlier this year, Sunday Gleaner sources have revealed.

According to multiple law-enforcement sources, it came weeks after he narrowly escaped a sting operation, set up with assistance from the gangster, to catch him in the act of collecting a $300,000 payment for his ‘help’.

Top officials in the JCF would not comment for this story, but law-enforcement insiders indicated that the incident placed the JCF in a jam.

Prosecuting the senior cop, one insider explained, would expose top-shelf crime-fighting tools the JCF wants to keep under wraps.

“They would have to disclose all the evidence in their possession to the lawyer for the policeman, and that would expose some of the methods they used to obtain the evidence,” the insider said.

Another factor that influenced the decision not to file criminal charges against the inspector, another top law-enforcement source told The Sunday Gleaner, was that the sting operation went bad.

“He was supposed to collect money from somebody and, when the officers moved in on him, he ran and disposed of the evidence (the marked notes). They couldn’t find the money ... dem nuh know what him do wid the money,” the source explained.

The senior cop’s troubles reportedly began after he and other high-ranking members of the JCF attended a top-secret meeting in Kingston with American, British and Canadian law-enforcement partners to devise a strategy to take down the gangster and his syndicate.

“As soon as the meeting was done, this guy was on his phone,” a source told The Sunday Gleaner, indicating how the senior cop first landed on the radar of his colleagues.

According to insiders, the gangster was furious after a subsequent incident he believed was orchestrated by the senior policeman.

As a result, he reportedly told police he was tipped off by the inspector about the planned operation against him and offered to assist with the sting operation to apprehend the inspector.

After eluding the sting operation, the senior cop reportedly turned up at the Norman Manley International Airport in Kingston where tried to board a flight for New York.

But, according to sources, that’s when he discovered that his United States visa had been yanked by American authorities.