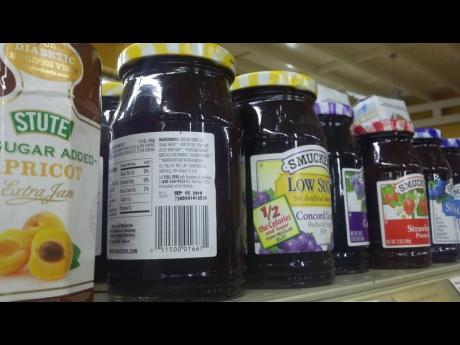 Corey Robinson
These expired goods were on the shelves of a local supermarket last Tuesday, December 3. 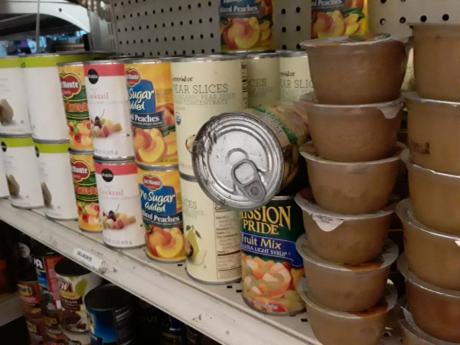 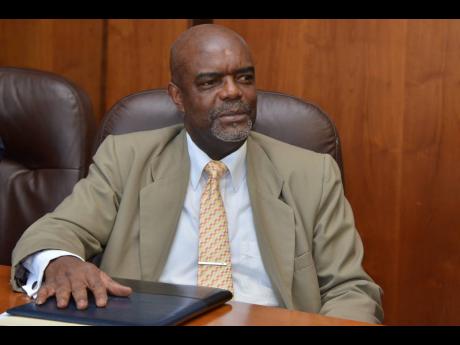 Kenyon Hemans
Hopeton Heron, executive director, BCJ ... Any customer who sees products on the market that do not conform or are out of date should call the Bureau or the NCRA and make a report. 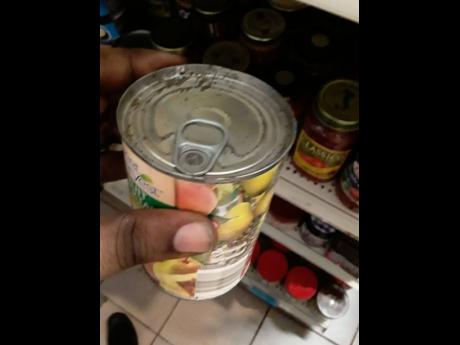 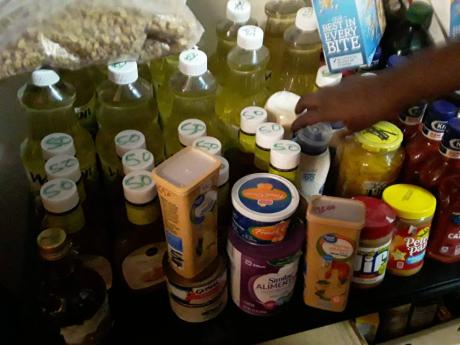 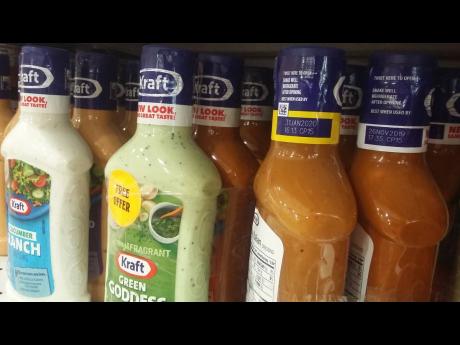 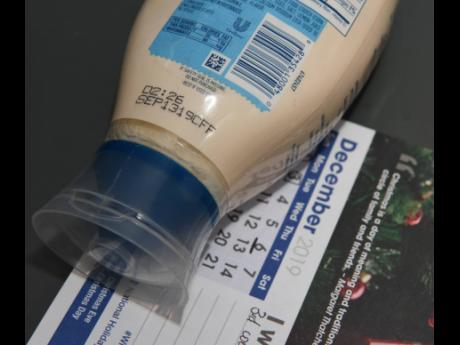 Gladstone Taylor
Expired products sold at a discount at a local supermarket. 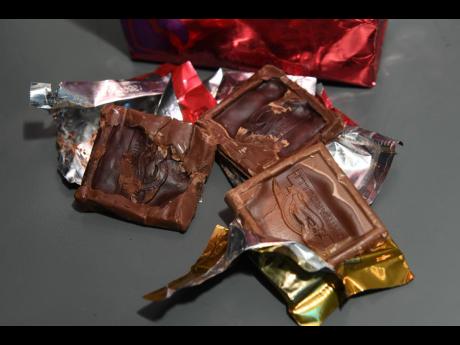 Several retailers could be putting the lives of their customers at risk by selling expired or soon-to-be expired food at discounted prices from stores, street stalls and supermarkets in St Catherine and the Corporate Area.

A Sunday Gleaner probe last week revealed that at one store in Portmore, St Catherine, consumers are being sold large containers of expired and damaged chocolates, cornflakes, canned foods and even mayonnaise – expired since September – for as low as $50.

The probe revealed that two of four prominent supermarkets in Half-Way Tree, St Andrew, were displaying goods that had also been expired since September and November on their shelves.

One of the supermarkets also paired bottles of expired salad dressing as a buy-one-get-one-free offer to customers.

A male employee in one supermarket last Tuesday described the expiry dates on two types of salad dressing on sale as “close”, and chuckled in embarrassment when the best-before date was pointed out to him. The items had been expired since November 26.

“People know them expired but them still buy dem; dem still good. Nothing nuh wrong with them,” assured one female store operator in Portmore. Her store raised the most red flags of those canvassed.

She sought to persuade this reporter, posing as a customer, to purchase items on a $50 discount shelf filled with mostly imported spices, sauces, and curdled mayonnaise.

Other shelves inside the store were stacked with dusty fruit packs and canned fruit juices, some of which were dented and orange-brown from rust.

Other shelves were arranged with bags of chocolates – formerly $500 but being sold for a discounted $250.

One of the bags of chocolates purchased had expired since March this year.

Inside, the chocolates were discoloured, and one bar was flaky and stale.

“It nah do you nothing. Me have a box of this at me yard and it still fresh same way,” assured the store operator amid queries about the safety of a large box of cornflakes that had expired since September this year. The box was being sold for $250.

The Sunday Gleaner probe also revealed that expired goods, particularly large jars of imported biscuits, peanuts, sweets and juices were being sold rampantly inside the Coronation Market and other sections of downtown Kingston. These items were also heavily discounted.

Empowered by the Standards and Processed Foods acts, the Bureau of Standards Jamaica (BSJ) has the power to inspect and remove expired or unfit merchandise from establishments such as those visited by The Sunday Gleaner.

Since 2016, however, following the separation from its enforcement arm – the National Compliance and Regulatory Authority (NCRA) – the BSJ has taken a back seat to such activities, BSJ heads told a Gleaner Editors’ Forum at the newspaper’s North Street, Kingston offices last Thursday.

Hopeton Heron, the executive director of the BSJ, told journalists at the forum that, even if the BSJ or the NCRA pull outdated goods from store shelves, the entities are toothless so far as penalising store owners who knowingly display expired goods for sale.

Heron said the best option, outside of removing the goods from store shelves, is to warn consumers not to purchase expired goods from retailers.

“All inspectors can’t be everywhere at all times. So you will have incidents like these,” said Heron.

“Any customer who sees products on the market that do not conform or are out of date should call the bureau or the NCRA and make a report,” said Heron, calling for stiffer penalties against store owners who knowingly display expired goods.

Dwight Ramdon, director of the Science and Technology Division at the BSJ, was disgusted by the findings of the probe when shown some of the items purchased.

“These items need to be removed and dumped,” warned Ramdon, in relation to the bottle of mayonnaise purchased at one store.

“It’s not like a handkerchief or a bottle of water. These are items with fat content. Items of that nature, when there is an expiry date, there is no negotiation. It needs to be removed,” stressed Ramdon as he emphasised that poorer consumers are most vulnerable to the lures of the cheap expired items.

Last Friday, Dorothy Campbell, communication manager at the Consumer Affairs Commission (CAC), said it would be difficult to state how many complaints of expired or unfit goods have been received by the CAC in recent times.

“The complaints database categories are not as granular as to differentiate between a patty with a foreign object or an uncooked portion of a roasted chicken, but based on the negligible number of complaints related to food, the search would require reviewing each claim within the miscellaneous category to garner from the report which ones were related to food,” said Campbell in an email last Thursday.

“This will take some time. On the other hand, if there is a breach along the manufacturers’ supply chain and/or the distributors or retailers chain of operations, the CAC depends on consumers and the monitoring and/or inspection arm of the BSJ to alert the CAC in order for the public notification to be sent to the consumers as soon as possible.”

Yesterday, Lorice Edwards Brown, chief executive officer at the NCRA, said the entity carries out more than 900 compliance checks each quarter, but that it has no reports of large quantities of goods with rust and dents being sold to consumers on the market. She also could not say the quantity nor value of expired goods seized in any of its operations.

“Complaints from consumers are managed through the Consumer Affairs Commission of Jamaica. Depending on the nature of the complaints, the CAC collaborates with the public health inspectors from the Ministry of Health, the National Compliance and Regulatory Authority and other relevant agencies to conduct investigations into the complaints,” said Edwards Brown in response to the queries.