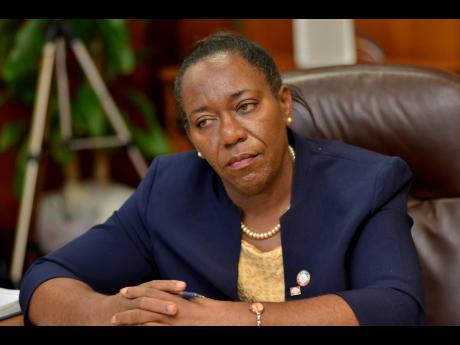 Kenyon Hemans
Julia Douett ... We have a number of companies who we have sat with to look at how the standards are being implemented. 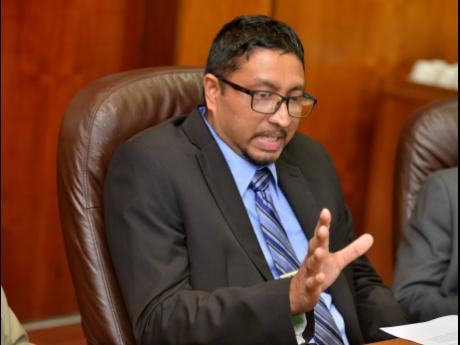 Kenyon Hemans
Dwight Ramdon ... There are occasions where you see an unusual brand that pops up and some of those have problems.
1
2

With several questionable brands of bottled water on the local market, the Bureau of Standards Jamaica (BSJ) says many manufacturers have been going underground once investigations are launched to determine the quality of their product.

Dwight Ramdon, director of the Science and Technology Division at the BSJ, told The Sunday Gleaner that the bureau has, however, been working with some manufacturers to get their products to meet the required standards.

“We have surveyed water companies and we can confirm that the major brands are well within specification – the Catherine’s Peak, the Wata, the Lasco, the Lifespan. There are, however, occasions where you see an unusual brand that pops up and some of those have problems,” Ramdon said as he addressed a Gleaner Editors’ Forum last Thursday at the newspaper’s North Street, Kingston offices.

The BSJ does both chemical testing and microbiological testing of bottled water. Companies that package water for retail are therefore required to be registered with the bureau and the National Compliance and Regulatory Authority. Samples are tested for conformance to the compulsory standard for packaged water and the standard specification for labelling of pre-packaged foods.

As it relates to water refill companies, Ramdon agrees that there is need for better monitoring to ensure public safety.

“The concern is that you are taking an empty bottle to the site. We don’t know the condition of the bottle. Even if the water is proven acceptable, you may undo that level of effort if the bottle itself is contaminated,” he told editors and reporters during the forum.

“Based on the ones that I have seen, you are doing a rinsing and you are doing a seal, a tamper evidence seal, which is good, but I don’t know of us actually testing that water,” he said.

The Ministry of Health and Wellness is responsible for monitoring water refill companies.

Meanwhile, the bureau said it continues to work with manufacturers of bottled coconut water to improve their standards. There are currently 20 registered coconut water processors.

“We have a number of companies who we have sat with to look at how the standards are being implemented,” said Julia Douett, director of the Standards Division.

“There is improvement and we continue to do that work to help companies use the standards better to produce safer, better-quality products,” she said.