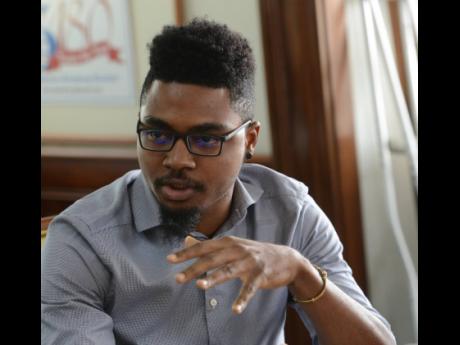 READ: The Cries Of ‘Uncontrollable’ Children And Their Mothers and ‘I Am Going To Kill Myself’

Despite solemn promises given six years ago by the previous administration to wipe from the books a section of the Child Care and Protection Act, which allows judges in the Family Court to deem a child uncontrollable and commit them to the custody of the Department of Correctional Services, the law still remains.

Human rights advocacy group Jamaicans for Justice (JFJ) has raised concerns that the practice has re-emerged and provided The Sunday Gleaner with statistics which suggest that in 2018, some 413 children (211 males and 203 girls) appeared before court, not for committing an offence but for exhibiting ‘uncontrollable behaviour’.

In one facility, there are currently more than 30 children serving time after being deemed uncontrollable by the court.

According to JFJ Executive Director Rodje Malcolm, the condemnation of children who display behavioural problems to the corrections system is a breach of international human rights laws.

“The current practice has irreparably harmed hundreds of Jamaican children over the past 15 years. Children who needed interventions were locked away in prison because neither their families nor the State could offer solutions to help them,” Malcolm told The Sunday Gleaner.

“In many cases, these children did not even receive a hearing in which they could participate, and almost all of them had no legal representation. They are taken out of schools, removed from their communities and, in some cases, subjected to abuse while incarcerated. As a country, we must immediately take action to end this practice that has been condemned both locally and internationally and which the government agreed to repeal six years ago.”

Malcolm said the JFJ, once apprised of the current situation, met with Justice Minister Delroy Chuck in an effort to finally get the law repealed and make life easier for the children.

“Given the resurgence of the practice and the debilitating impact it has had on the children and parents who have approached us for help, we engaged the Government regarding urgent action to repeal this harmful legal provision. On December 4, Jamaicans for Justice met with Minister of Justice Delroy Chuck, the permanent secretary, and other members of the ministry’s leadership team to outline the situation facing these children, and the need for urgent reform of Section 24 of the Child Care and Protection Act to remove the possibility of incarcerating children who have committed no crimes in prison because they have exhibited psychosocial or behavioural issues,” he said, noting that Chuck has committed to bringing the matter to Cabinet.

Speaking with The Sunday Gleaner yesterday, Chuck said: “We need to look at it because that sort of imprisonment of any child should not be done unless they are charged and convicted.”

In 2013, then National Security Minister Peter Bunting and Youth Minister Lisa Hanna had made the public commitment after reports emerged of a female child who had run away for two days and ended up being sent to adult correctional facilities for a year. The child, who was 14 years old at the time, spent six months at the Fort Augusta Adult Correctional Facility for women and six more at the Horizon Remand Centre for males.

Hanna spearheaded the drive to amend the law and Cabinet approved the amendment, but the law wasn’t changed before the People’s National Party was booted from power in 2016.

Calls to both Hanna and Bunting went unanswered.

In 2014, a press release from Hanna’s youth ministry read: “The compliance plan also includes the Government’s commitment to removing the so-called ‘uncontrollable behaviour’ label from some children, putting systems and facilities in place for therapeutic treatment of the underlying causes and removing the option for judges to commit children displaying antisocial behaviour to correctional centres. Legislative amendments, including those to ‘decriminalise uncontrollable behaviour’, are expected be completed by the end of the year as priority is being given to the drafting.”

Last year, the JFJ attended a sitting of a joint parliamentary committee and advocated for the repeal of the legislation. The group argued that the consensus locally and internationally was that legislation regarding the detention of children deemed ‘beyond control’ violates human rights, and that it is unconscionable for children who have committed no crimes to be lawfully incarcerated for displaying behavioural problems at the whim of a judge.

The advocacy group argued that the policy as it now stands serves no public interest and is abusive and inimical to the best interests of the child.

But, according to Malcolm, the JFJ recommendations were rejected by the committee.

The committee, he said, rejected the recommendations on the basis that removing the option of the court to make a provisional order would limit the capacity of the court.

Last year, 2,505 children were brought before the courts for various reasons, including being uncontrollable, unlawful wounding and unsatisfactory behaviour by parent/guardian. Of that number, 16.5 per cent were brought for uncontrollable behaviour.