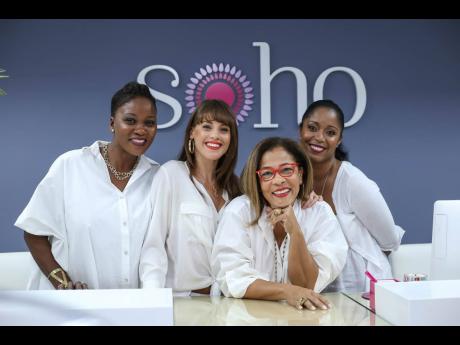 Jamaicans are being encouraged by SoHo Boutique to extend holiday cheer to the less fortunate by way of its annual charity, Christmas Closet.

Christmas Closet, a charity initiative that is into its eighth year, allows for donations of “gently used” clothing that have not been worn for ages, said Michele Coulton, owner of SoHo.

“If we are able to do small things in small areas, it helps and becomes a larger project. It’s not just a donation that they are making. They are also helping in a very small way to not fill our landfills,” Coulton told The Gleaner.

“These things that they don’t want anymore go on to serve somebody else in a very useful manner, and that’s a big plus as to why to give.”

Another reason SoHo reaches out to Jamaicans is because the deed is costless.

“I am not asking anybody to go out and purchase something new, or buy a ticket, or give a donation, or any of those things. We are just saying, whatever you have that is no longer serving you, why not pass it on and make somebody else’s Christmas be just as merry and bright as yours?” said Coulton, citing the campaign’s tag line, ‘It Doesn’t Cost You to Care’.

The collected clothing will be handed over to the Child Protection and Family Services Agency.

Donations are usually handed over before Christmas.

The drop-off location is at SoHo Boutique located at 31 Upper Waterloo Road, Kingston 10.