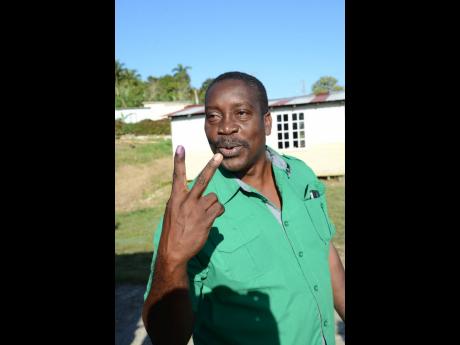 Fourteen of 20 academics, lawyers, opinion shapers and other professionals believe the general election bell will ring shortly and Jamaicans will be headed to the polls sometime in the next three months.

Three expect poll as early as February, two said May and one offered no opinion. It came as no surprise to them that enumeration exercises were ramped up in battleground seats which were won or lost by small margins.

At least five such constituencies, won by fewer than 500 votes in either 2016 or a subsequent by-election, have gone on massive enumeration drives since 2018 as the signals point to a 2020 election.

The next poll is constitutionally due by 2021.

The constituencies all added in excess of 500 new voters to the voters’ list published November 30. However, except for one, the five low-margin victories are not among the top 10 constituencies recording the largest number of electors in the last 12-month cycle.

It is the clearest sign – according to the opinion makers, who opted for anonymity for fear of reprisals because of current employment conditions – that the recently published voters’ list is the election list.

Sunday Gleaner sources have also said that operatives of the ruling Jamaica Labour Party (JLP) and opposition People’s National Party (PNP) have ramped up their parties’ profiles in the constituencies, with “heightened political activities and operatives visible and busy”.

According to sources, operatives have already “moved into some constituencies, some divisions in particular, renting houses or a room”, to get closer to the residents. Enquiries are also being made about housing accommodation in other constituencies, and homeowners, despite safety reservations, “are looking forward to earning big from property rental through Airbnb”.

Last April, Ann-Marie Vaz secured the East Portland seat for the JLP over the PNP’s Damion Crawford, with a preliminary vote count of 9,917 to 9,611, in a by-election which became necessary after the murder of the PNP’s Dr Lynvale Bloomfield.

“They came in before the by-election and after the election it scaled down big, but the build-up started again,” the source said.

JLP Chairman Robert Montague boasted that the party’s elections machinery has been oiled and running since 2016.

“The party has been busy since February 2016. That is why you have seen increased enumeration in a number of constituencies, because we have never left. So when we had the by-election, we just moved in on the existing constituency structure,” Montague told Sunday Gleaner.

He said he was not aware of the activities as presented by The Sunday Gleaner but reiterated that the political activities of the JLP have not diminished since 2016.

“The directive from our party leader, Prime Minister Andrew Holness, is to follow the JLP constitution by the book and strengthen the institutions of the party in every constituency. Once that is done, there will always be activities that will make it clear that the party is on the ground and in your face,” the chairman said.

St Catherine North Eastern was among five constituencies won by a small margin in 2016. It was won by the third-smallest majority – 122 votes – and is currently held by the JLP’s Leslie Campbell, who defeated the PNP’s Phyllis Mitchell. That constituency added 543 new voters over the past year – 238 in May and 305 to the list published November 30.

Boundary changes in the parish saw the constituency vanish in 1967 and 1972, but reappear in 1976 following further realignment. The PNP’s Mitchell beat Anthony Johnson in 1993 by 160 votes, and she was the initial winner against the JLP’s Abe Dabdoub in 1997. A court challenge brought by Dabdoub ejected Mitchell four years later in 2001. Dabdoub would later cross the floor to the PNP, but was beaten by the JLP’s Gregory Mair in 2007.

The seat has remained in the JLP’s column since.

Montague also sought to set the record straight on numbers, telling The Sunday Gleaner that they can often mislead.

“A marginal seat is one that you barely win, but you always win. A swing seat is one that jumps between parties, but may also be marginal. So there are some constituencies that will be won by small margins, but it is not a swing seat,” the JLP chairman sought to explain last week.

Not all 63 candidates for the JLP are in place, but fewer than 10 are to be selected.

“However, where the selection is not made, we have individuals working there. So there is no absence of the party’s presence,” Montague said, adding that, in early 2020, some incumbents are expected to make way for renewal.