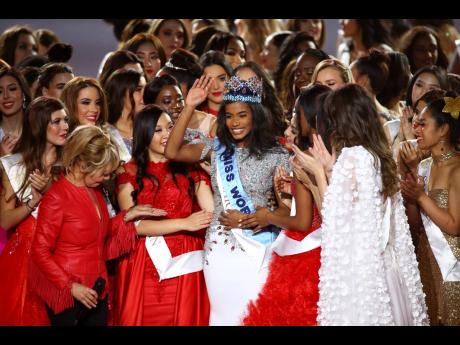 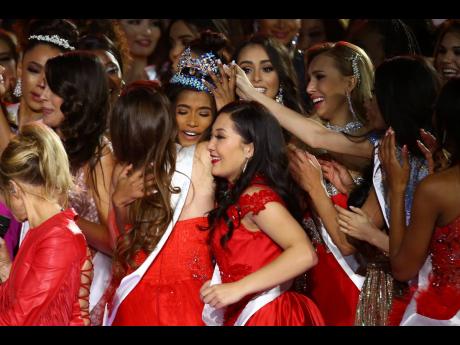 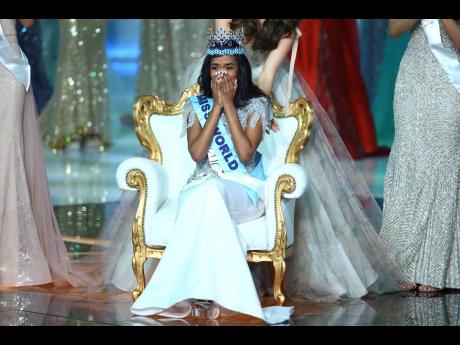 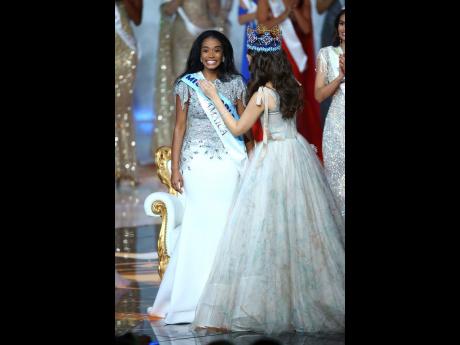 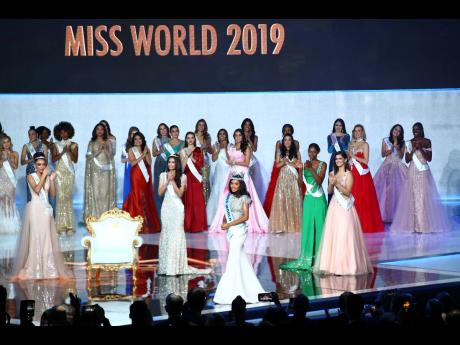 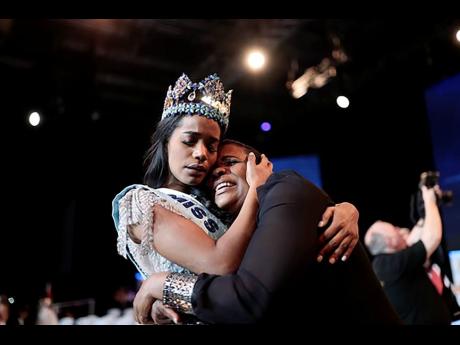 It’s been 26 years in the making, but on Saturday night in London, England, Toni-Ann Singh would not be denied the title of Miss World.

Singh made history, becoming Jamaica’s fourth Miss World, the first since Lisa Hanna took the crown in 1993. She also joins title-holders Carole Joan Crawford, who won in 1963, and Cindy Breakspeare, the 1976 winner.

Twenty-three-year-old Singh, who hails from St Thomas, is a women’s studies and psychology student at Florida State University who aspires to be a medical doctor.

Declaring that her desire is to be an inspiration to others, Singh went to social media after her victory to send a message to young women from her parish and beyond.

“To that little girl in St Thomas, Jamaica, and all the girls around the world – please believe in yourself. Please know that you are worthy and capable of achieving your dreams,” she wrote.

“This crown is not mine, but yours. It’s for you to truly understand that no matter where you’re from and the cards you’re dealt in life your dreams are valid. You have a PURPOSE.”

From a field of 111 contestants, Singh, a fan favourite, had secured her spot in the final 40 after winning the talent competition with her rendition of Whitney Houston’s I Have Nothing. She then had Jamaicans and the rest of the world on the edge of their seats with one more powerful performance of the classic during the live coronation show, which took place yesterday morning Jamaica time.

“I am thrilled and so proud of her beyond words. She is just a special young woman and the world is hers, and I wish her every success, and I am so proud of the way she carried herself, held Jamaica’s flag high, talented, humble, assertive, confident. She will make an excellent Miss World and she will do us proud,” said Hanna, who is currently a member of parliament and shadow minister for foreign affairs and foreign trade.

Hanna added that it’s usually a convergence of different things that would enable one to walk away with the crown, and she believes it was definitely Toni-Ann’s time.

“It was Jamaica’s time and I think it could not come at a better time in our country. The mood of the country needed some lifting and I really want to congratulate her family, her friends, and her mother in particular, because I know she’s very close to her mother and I look forward to meeting her. I am sure myself and Cindy (Breakspeare) will have a chance to meet her when she comes back. I know Cindy is travelling so I know that she would have wanted me to say congratulations as well to her,” said Hanna.

Co-franchise holder of the Miss Jamaica World Pageant, Dahlia Harris, said she was thankful to Toni-Ann for deciding to represent Jamaica at the pageant.

“Let me tell you something, kudos to Toni-Ann Singh. She was very focused, she was very determined, she knew what she needed to do to get to this point, and she made the commitment to get it done,” Harris said. “There are many people to thank, but of all the people I want to say thanks to her.”

Harris said it was a very difficult year for the franchise, with the death of Aston Cooke who, along with Weston Haughton, took over from Mickey Haughton-James in 2018.

“It was difficult trying to bounce back from that loss, but, you know, it’s important to try to maintain the standard. It wasn’t easy on us and at times, it wasn’t easy on Toni-Ann either, because it’s difficult getting sponsorship, and so a lot of things that could have been done for her we weren’t able to do it because we didn’t have that kind of support. But her family and her mother came in and in a huge way she looked past all of the shortfalls and was determined to make it happen. Kudos to us and to her for this victory,” said Harris.

“We are all walking on air, especially the girls at the Women’s Centre of Jamaica Foundation location in St Thomas. Toni-Ann is so passionate about her parish and women’s issues, and she has been working with us at the ministry to make a difference in the lives of the young girls who attend the centre. We look forward to her year as Miss World and continue to surround her with our love,” said Grange.

Prime Minister Andrew Holness, who has been on a working trip to Japan, immediately expressed congratulations via Twitter.

“We have the biggest hearts and most talented people! Congratulations Toni-Ann Singh on winning the crown #MissWorld2019. You made us so proud. Continue to be a fantastic role model for our young women in Jamaica. Miss Jamaica to the world!” he tweeted before an official statement from the Office of the Prime Minister conveyed similar sentiments.

In his own response on social media, Opposition Leader Dr Peter Phillips said: “Congratulations to Miss Jamaica World #ToniAnnSingh for winning #MissWorld2019 and being the 4th Jamaican to cop the title ... . Thank you Toni-Ann for representing with excellence. The entire country celebrates with you. We are proud of you.