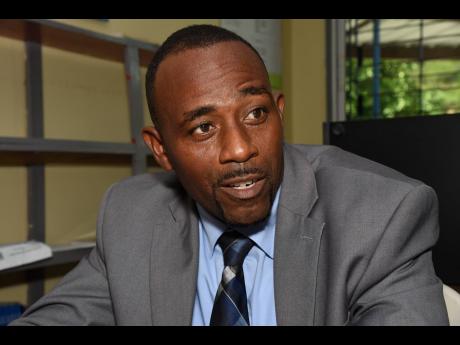 Crime has sparked a plunge in the school population of Bull Bay Infant and Primary by almost 70 per cent as families have fled outbreaks of violence that have rocked the eastern Jamaica community.

Enrolment has plummeted from more than 400 “a couple years ago” to 120 now, said principal Justin Duncan, citing fear of violence as the primary cause.

“A year ago, we had a serious upsurge of violence, and as a result, we saw a number of persons leaving the community, and, of course, taking their children with them,” he told The Gleaner on Friday.

But even though there has been a cessation in flare-ups, faith has not been restored in a decisive turnaround for Bull Bay, a sprawling web of communities straddling the parishes of St Andrew and St Thomas, stretching from Seven Miles to Eleven Miles.

A bloody gang war in which at least three people were killed between Nine Miles and Eleven Miles in January triggered tensions and the temporary shutdown of a quarry operated by Caribbean Cement Company.

“Persons are coming from out of town and are coming to live in Bull Bay. It’s not that bad now, as in it’s not worse than anywhere else, but we do have times when we have flare-ups,” said Duncan, adding that grade one often sees an incremental increase in enrolment and attendance as the year progresses.

The principal said that he and his staff have remained committed to the cause at the infant and primary school despite the dwindling numbers.

Up to December 14, murders in St Thomas have fallen by 13 per cent, year on year, from 30 to 26, but shootings have rocketed by 95 per cent, from 19 to 37. The statistics paint a grim picture of the turmoil that has fractured the rural community.

Triciann Dailey, a parent with three children at the school, one of whom is in the infant department, has been living in Nine Miles for eight years.

“They are afraid, especially when gunshots fire. They ask me, ‘Mommy, what is that?’ I have to be careful when I am talking around them – cyah really mek dem know seh people dead and suh forth,” Dailey explained.

She said that although she has thought of packing up and leaving, she is fearful because “everywhere there is violence, and it nuh make nuh sense me a go run up and dung and move them from this school to another school”.

Another parent, who requested anonymity, moved away from the community for fear of her and her children’s lives.

The children were adamant that they did not want to change schools when the family moved to a new community.

“Is just prayer and chance mi tek send dem back up there,” the parent said, adding that the administration is doing an excellent job.

She recalled being at home in January when she got a call to pick up her children from school immediately.

“When time mi leave out, is pure police and gunman inna gun battle in broad daylight before 12. By mi go up there, mi see mi sister coming down in a taxi and she stop me and seh she pick dem up. It was really stressful, but thanks be to God, everything kinda calm now.”

Commander of the St Thomas Police Division, Superintendent Marlene Wilson-Christie, told The Gleaner that even since the first-quarter killings, there have been no serious incidents of violence.

“People leaving the area is an ongoing thing because of conflicts, but there is nothing happening in the community that the police know of that would be causing people to migrate at this time,” Wilson-Christie said.

She added: “That’s an area that we have round-the-clock police in the space because of what has taken place over the years. We try to hold the boundaries to see if we can keep those who are at war apart.”

Duncan, who has been principal there for the last five years, said the school also grapples with the reality that many of their students come from low-income families. It was formerly the Bull Bay All-Age School.

“We are trying our best to work with them. We have mostly farmers, bus drivers, and so forth, but we are working with them to ensure that the children learn,” he said.

A quarter of the school, or 30 students, are supported by the Programme of Advancement through Health and Education, a means-tested welfare scheme for poor families. But the school’s charity often extends well beyond those numbers because of urgent needs on the ground.

“When it comes to lunchtime, we have all 80 students to feed. Some of them are coming to school without having breakfast, having only Cheese Trix, but where we can, we assist them because they can’t learn on hungry belly.”