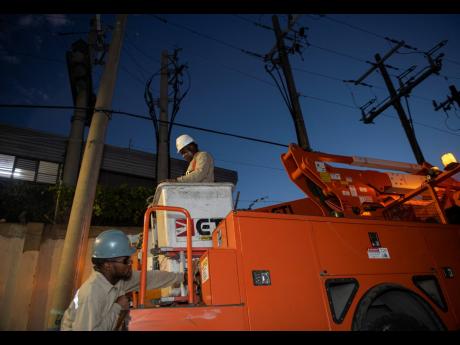 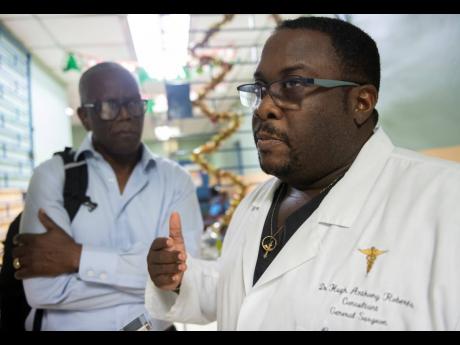 Faced with electricity bills averaging more than $200 million annually, the South East Regional Health Authority (SERHA) has started a US$3.9-million (J$530 million) energy-efficiency programme in two of its hospitals to stem the bleeding of funds to the Jamaica Public Service Company.

SERHA, which manages nine hospitals among its 101 health institutions in Kingston, St Andrew, and St Catherine, has selected the 243-year-old Kingston Public Hospital (KPH) and Victoria Jubilee Hospital (VJH) to be the major beneficiaries for putting the lights out on high average monthly electricity bills.

Wentworth Charles, the chairman of the SERHA, was still angry a week after light went out at both facilities.

In an interview with The Sunday Gleaner, Charles said that the hospitals pay an average $18 million monthly for electricity at the two hospitals and the energy-saving programme is intended to reduce that by at least a third.

According to him, the programme will see big investments in solar energy, central air conditioning, and uninterruptible power supply (UPS) at the entities where theatre activities are regularly affected by inconsistent power supply.

“We are spending US$3.89 million at VJH/KPH. A project document of what will be done is in place and the work has already started. And yes, the heavy bills that we pay for electricity is also a part of the problem. The plan is to be part of the solution,” Charles said.

Last week, medical personnel at KPH were left to play God during critical surgeries, as an alleged power surge left both hospitals relying on backup electricity supply. However, critical services were shut down, including X-rays.

At VJH, elevators are often decommissioned at the Caribbean’s largest maternity facility due to power surges. In these circumstances, innovative methods, including piggyback rides to the labour wards, become the mode of transportation for women in labour.

Charles said that the massive upgrade is being done in conjunction with the Petroleum Corporation of Jamaica. The contract has been awarded to Mandeville-based Power Services Company Limited, a company whose principal is Kim Scarlett. The project is being funded by the Inter-American Development Bank and the Canadian Government.

“We are removing all the old air conditioners, installing centralised air conditioning, closing areas which cause leaks, and also installing a solar panel, photovoltaic – best known as a method for generating electric power by using solar cells to convert energy from the sun into a flow – so that we don’t have to depend entirely on JPS for electricity,” Charles said.

“Major retrofitting will be done at the two hospitals. We will be installing high-efficiency commercial ceiling fans, all bulbs used will be light-emitting diode (LED), and electronic entry doors will be part of the programme,” he also explained.

Courtney Currie, chief executive at LIMCO Engineering in the USA, told The Sunday Gleaner last week that the electrical problems at KPH are long-standing.

“If you are running an operating theatre, it cannot be that if the power goes down, the theatre goes. That is not supposed to happen,” said Currie, who is a Jamaican electrical engineer with more than 20 years experience, and who is licensed to operate in the states of Florida and New York.

“The theatres are not supposed to go dark. All the critical machinery and other things needed to maintain life should not go down because of problems with electricity,” Currie said.

Hospitals, he added, are special creatures which operate under different codes as distinct from an industrial plant, because of the critical nature of their work.

He said that he believes the KPH orthopaedics department has the finest surgeons, who are comparable to the best anywhere.

“KPH has never had adequate standby-generating capacity. The generators they have are never able to carry the entire plant. What they need there is a power plant that can supply power to the entire campus. But it will cost big, and somebody is going to have to decide that it must be done, it will be done, and just do it,” Currie said.

He noted that institutions should have a plant “to take the absolutely critical loads”, while maintaining the current plant to take the non-critical loads. The essential loads, he said, should “be on a UPS system that interfaces with the power supply”.

He added: “So, if the public utility supply should go or is having problems, the UPS protects and provides stable power until the generator can come in and provide more reliable power for the long term.”

A UPS system carrying all critical machinery for 15-30 minutes until generators chip in is his recommendation. UPS switches to battery when the main power fails.

“So there would be a seamless transition, but it wouldn’t be cheap,” he stated.

Charles acknowledged that the programme would not be cheap, but offered his commitment to making life better for the men and women who work at the institutions.

(EDITOR'S NOTE: An earlier version of this story included an inaccurate conversion to Jamaican dollars of the US$3.9-million cost of the energy programme.)