I Love Soca charged up for phone thieves 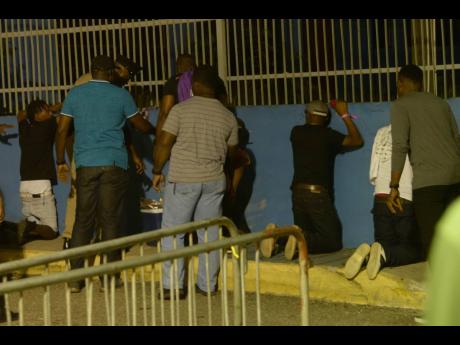 Four suspects are accosted by the police at Sabina Park on Friday morning after a soca event.

The cops apprehended the men at Sabina Park’s North Stand gateway where they recovered the mobiles from a cooler. The stolen devices – which had been turned off – included the latest Apple iPhone, as well as other brands of smartphones worth between $150,000 to $200,000.

A police inspector on duty said that there was the possibility that more phones would be recovered before the party ended and that there might be other criminals fronting as patrons.

Audrian McFarlane, a patron who was anxious to speak to the police, told The Gleaner that she was hoping to find her friend’s phone among the four discovered in the suspects’ cooler.

“I have not been able to identify the phone as yet, and to be honest, I am standing here also waiting on my friend to come and describe the phone to the police,” McFarlane said.

Obiko Gordon, a patron, took to Twitter to share that a woman he knew had her phone picked from her pocket but raised an alarm in time for the group of friends to confront the alleged thief.

“It was a middle-aged man, about in his 50s with cornrows. It’s always who you least expect. Anyways, they eventually got back the phone, but that’s a long story,” he tweeted from his account @gunnerbeeks.

The lawmen advised patrons whose phones had been stolen to go to the Kingston Central Police Station with the hope of retrieving them.