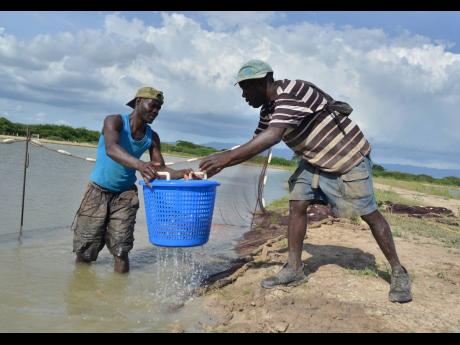 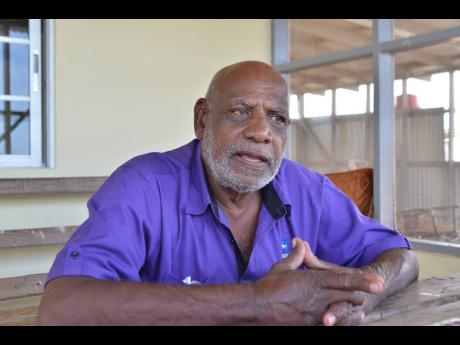 Kenyon Hemans
Noel Wilson, owner of Aqua Wilson Farm, speaking about the challenges he faces on a daily basis while managing the farm.
1
2

Noel Wilson, a businessman who runs a fish farm in Hill Run, St Catherine, is at his wits’ end as thieves continue to make inroads into his investment by stealing his freshwater fish despite employing several security measures to keep the thugs out.

Spread over 106 acres, Aqua-Wilson Farm has 80 one-acre ponds stocked with tilapia, a very tasty and popular freshwater fish, which should make for a lucrative business. The problem for Wilson is that thieves are cutting into his profits, and despite investments in digital technology and good old-fashioned theft deterrents like dogs, the criminals still manage to stay ahead of the businessman.

Business has been good for Wilson, who started with a 42-acre plot 20 years ago and has steadily expanded his acreage, as well as business operations during that time. Over the period, he and his wife have been able to send their four children (two girls two boys) to high school and see them through university as well. “If is not for praedial larceny, you can live, man. Marketing is not the issue … but the man (thieves) dem bad, boss,” he lamented during an interview at the farm.

Despite the use of drones, night goggles with infra-red vision, and spending lots of time on the property, Wilson has never been able to catch even one criminal. The establishment of the Fellowship Hall Police Station in 2015, which was strategically positioned directly across from the Hill Run Agro Park, in the area, has not benefited the fish farmer. However, he believes that the crime fighters are hampered by the operational protocol under which they work, thereby thwarting their effectiveness.

“If your strategy for catching thieves is that you come with your bright lights flashing and siren blaring, it is not going to work because that time, the thief just hide inna bush and watch them. Tell me suppen. You can catch thief so?” he questioned.

The thieves operate with a tuck-net, which they cast into the pond, and over a period of half an hour, they can steal as much as 150 pounds of fish worth $40,000. However, losses spike at Christmas or Easter when there is an all-round increase in demand for fish.

“Holy Thursday, the day before Good Friday, you can look for them, and we do everything. We set up drone, we set up everything fi catch them. The truth is that you cannot get a security company to watch your farm. Who going watch them?” he asked.

Operating the farm, and especially trying to keep apace of the thieves, involves a lot of personal sacrifice for the farmer, who spends more time on the property than with his family.

The problem is compounded by the unwillingness of insurance companies to offer coverage for inland fishing.

“There is so much risk in this business that the insurance company will insure banana, plantain, coffee, cane, poultry, goat, cow, but they are not insuring fish because them can’t see it,” Wilson lamented.