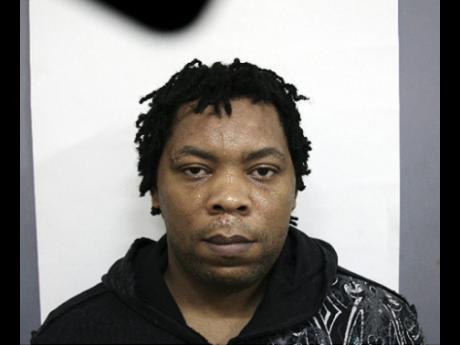 Questions have been raised about how Tesha Miller, leader of the Spanish Town-based Clansman Gang, could have been convicted for ordering the murder of then Jamaica Transit Urban Company (JUTC) Chairman Douglas Chambers when his alleged hitman, Andre ‘Blackman’ Bryan, was acquitted of the 2008 killing.

Miller, who was found guilty of accessory before and after the fact to Chambers’ murder last December, was on Thursday ordered to serve 38 years and nine months.

However, Bryan was, in 2016, found not guilty of murdering Chambers, who was gunned down outside the JUTC depot in Spanish Town, St Catherine.

Bert Samuels, the attorney representing Tesha Miller, said that his client’s conviction highlighted the need for justice reform.
“The law, to me, is not something that is frozen. It depends on the morals of the people. Some people think it’s morally wrong for Blackman to be walking free and Tesha Miller is paying the price.

“But ... my experience with the Parliament is that things that benefit the defendant don’t get legislative attention … . What gets legislative attention is the prosecutorial arm of the State, which has consistently reduced the rights of the accused,” Samuels said in an interview with The Gleaner.

Section 35 of the Criminal Justice Administration Act states: “Whosoever shall counsel, procure, or command any other person to commit any felony, whether the same be a felony at common law, or by virtue of any statute passed or to be passed, shall be guilty of felony, and may be indicted and convicted either as an accessory before the fact to the principal felony, together with the principal felon, or after the conviction of the principal felon, or may be indicted and convicted of a substantive felony, whether the principal felon shall or shall not have been previously convicted, or shall or shall not be amenable to justice, and may thereupon be punished in the same manner as any accessory before the fact to the same felony, if convicted, as an accessory, may be punished.”

Director of Public Prosecutions Paula Llewellyn, QC, said that this section of the law guided their prosecution of Miller.

“If you look at Section 35, it makes it quite clear to anyone who is legally trained that whether the principal, that is the person who pulls the trigger, causes the killing or the murder of the deceased or the victim, whether that person is convicted or acquitted, in this case by the jury, then it would affect the efficacy of the indictment of an accessory before the fact or after the fact,” Llewellyn said.

She added: “I believe this makes good sense, otherwise you would find that through corruption or you may have a perverse verdict occurring, you will have a situation where if corruption or a perverse verdict, the principal is acquitted or not tried, but in this case according to his (Samuels’) complaint is acquitted, then the person who has counselled, procured or commanded the killing would be able to hide in the shadows and escape detection.”
nickoy.wilson@gleanerjm.com