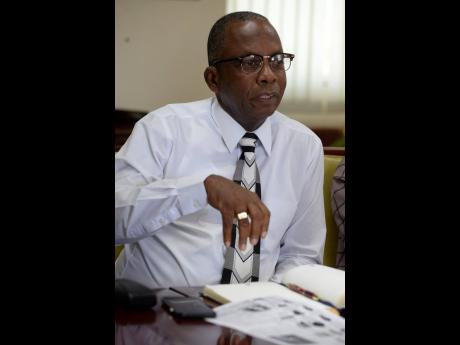 Imminent local and legislative elections, widely expected in the first half of 2020, have apparently sent hundreds of thousands of Jamaicans to Electoral Office of Jamaica (EOJ) venues to renew national identification cards issued before 2015.

Early evidence has suggested Jamaicans have been flocking the office of the electoral body to renew their Elector Registration Card, also called the national identification card, but popularly referred to as the Voter’s Identification.

Director of Elections Glasspole Brown told The Sunday Gleaner that 1.7 million cards are to be renewed in the drive, which ends December 2020. The deadline was one year prior in 2019, but in the last two months of 2019, hundreds of thousands descended on the offices.

“(The) Information I have is that, in the last two months leading up to Christmas, about 350,000 photographs were taken. It slowed down as we got closer to Christmas, but I expect that it will pick up again shortly,” said Brown.

He offered no opinions as to the end-of-year rush, but which appeared to have been influenced by the original December 2019 deadline.

However, for many without other forms of identification such as passports and driver’s licences, the national card is the only valid identification they possess.

Lorraine Bailey, a dressmaker from St Catherine, said she was not influenced by any talk of elections.

“My card was among the first issued in 2008. I have never been turned away from any of the hundreds of places that I have used it. It means that the Government trust it, so that is why I went to renew it. They said two weeks’ time and it’s about that now, so I will soon go and collect it,” she told The Sunday Gleaner.

Bailey, 58, said she has been sewing since she left secondary school more than 40 years ago and has never owned a passport. While no foreign trips are seen in the foreseeable future, and even though without a driver’s licence, Bailey said she did not feel the world was leaving her behind.

According to her, “The national identification card is accepted everywhere and I use it to transact all my business.”

The elections director reiterated that cards issued after 2015 are not up for renewal and the current process has no impact on the continuous voter registration programme which has been undertaken by the office for several years.

Both are running simultaneously.