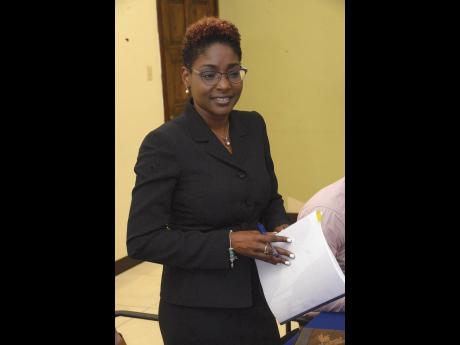 Tax Administration Jamaica (TAJ) did not conduct the requisite due diligence to ensure that cheques it accepted from taxpayers were valid and, as a result, was offered 209 invalid ones amounting to $43.816 million during financial year 2018-19, according to Auditor General Pamela Monroe Ellis.

The cheques were submitted to TAJ at the Constant Spring and Cross Roads collectorates in St Andrew, but they were dishonoured by the bank.

“Our review disclosed that some of these cheques were missing signatures and there were differences between words and figures,” Monroe Ellis said in her 2018-19 annual report. “In addition, TAJ did not report to the financial secretary those payments that were not settled within 30 days following the cheques being dishonoured.”

She said that TAJ has advised the Auditor General’s Department that steps will be taken to address the weaknesses identified. Those would include the development of a standard operating procedure and the requirement for monthly reports on dishonoured cheques.

Monroe Ellis pointed out that the Financial Administration and Audit (FAA) Act requires the monthly reconciliation of bank accounts. However, the department found that contrary to that requirement, TAJ delayed the preparation of bank reconciliation statements for the revolving loan fund and revenue point-of-sale accounts by more than 15 and five months, respectively.

The department found that TAJ did not promptly investigate reconciling items on the bank accounts, as erroneous debits of $4.188 billion and credits of $1.271 billion identified at March 31, 2019, remained substantially unchanged for approximately three months. Further, despite the Auditor General’s Department requests, TAJ did not submit the bank-reconciliation statement for the investment account for audit scrutiny.

“TAJ’s failure to perform monthly reconciliation of its bank accounts and follow up on discrepancies in a timely manner increases the risks of financial losses as management will not be able to promptly identify and correct accounting and bank errors/irregularities,” Monroe Ellis said.

The department noted that while TAJ made some progress in the recovery of advances, outstanding ones at March 31, 2019 totalled $14.277 million. That included personal advances of $183,687.77, which have remained outstanding after four years.

“Delays in clearing advances increase the risk of financial losses, as amounts may be difficult to recover, especially where individuals separate from the public service,” the auditor general said, noting that under the FAA Act, accountable officers may be held liable for failure to recover outstanding advances.

She said TAJ advised that steps will be taken to write off the $183,687.77 in personal advances by December 31, 2019, while it continued the process of recovery from the individuals.

The auditor general also pointed out that with respect to the Ministry of Finance and the Public Service for the period ended March 2019, there was still a need for improvement in the management to ensure that outstanding advances were reconciled and cleared in a timely manner.

Monroe Ellis said that advances totalling $77.1 million remained uncleared up to then, of which $16.5 million had been outstanding for more than 12 months.

“Uncleared advances remaining on the ministry’s records may be difficult to recover, resulting in loss of public funds,” the auditor general said. “Furthermore, it will be difficult to determine whether the amounts advanced were used for the intended purposes where supporting documents are not presented to clear these advances.”

The auditor general said that her review identified two deposit accounts with debit balances of $1.26 million, which indicated that the ministry had been spending more than received.

In addition, the department found no evidence that the ministry communicated to the bank for resolution, with credit memos totalling $792,479.66 appearing on the deposit account bank statements.

Monroe Ellis said that the ministry’s failure to reconcile the bank accounts in a timely manner increased the risk that errors and irregularities could go undetected for an extended period.