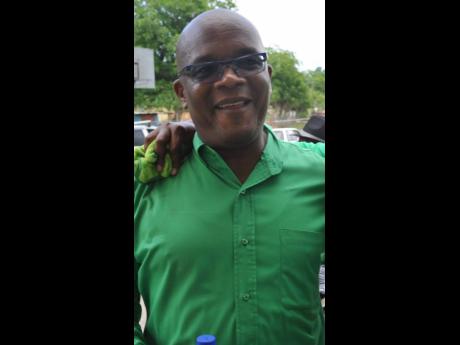 Government backbencher Leslie Campbell has criticised plans to divert water from sections of the country to provide an estimated 250,000 gallons to Port Royal, which is undergoing transformation as Jamaica’s next tourism Mecca.

Campbell, a first-time member of parliament, complained that many residents in his St Catherine North East constituency and other communities were struggling to access the precious commodity.

The member of parliament lamented the lack of equity in the distribution of water after president of the National Water Commission (NWC), Mark Barnett, outlined the utility’s long-term vision for the upgrading of water and sewage treatment for the historic town.

The overall project is expected to cost more than $1 billion and will see the Mona water treatment system and the Rio Cobre treatment plant being part of the general supply zone.

“I have a very, very serious issue grappling with. We have thousands of people in the Guy’s Hill area who don’t, at any point, have a gallon of water, and the state machinery is saying to them, ‘Well, listen, you can’t get any, but the other people, no matter where they come from, they are entitled,’” Campbell said during yesterday’s meeting of Parliament’s Public Administration and Appropriations Committee (PAAC).

“We continue to deprive all these areas and send it to the other areas,” he said, while stressing that he had no opposition to how the water would be used but challenged what he termed unequal distribution.

Much of Jamaica was hit by drought last year and the Meterological Service has forecast that 2020 may have a similar shortage of rainfall.

A cruise ship pier was recently constructed at Port Royal and is expected to welcome its first ship on Monday. The Port Authority of Jamaica (PAJ) has taken the lead on the transformation of the historic town, which, in the coming months, is expected to be flooded with tourists.

While the PAJ will fund the first module of the sewage treatment plant and will also be putting up its own storage facility on the port, Barnett said that the NWC intends to renew the water supply distribution system and install new sewerage systems where none exists.

The NWC president said the work would be predominantly executed in the upcoming 2020-2021 budget period. He said that the pipelines would be placed above ground because the water table along that stretch is very high.

“Above ground gives visibility. You can easily identify where there is a leak. But the problem we may have is, I am sad to say, the behaviour of those who use the roadway is also a risk when you put pipelines on a very narrow stretch without much space,” he said.