Mobay Chamber boss: ‘Come talk with us about crime’ - Silvera wants dialogue with Holness and Phillips 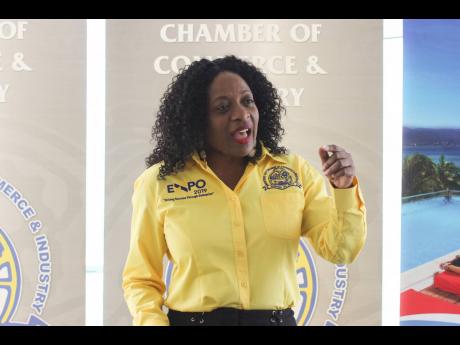 Janet Silvera, president of the Montego Bay Chamber of Commerce and Industry (MBCCI), is calling for Prime Minister Andrew Holness and Opposition Leader Dr Peter Phillips to meet with stakeholders in western Jamaica to iron out strategies for national security.

Silvera made the appeal on Wednesday evening while addressing the MBCCI’s first meeting for 2020 at the S Hotel in Montego Bay. During the meeting, members vowed to support a continuation of the ongoing tri-parish state of public emergency (SOE) in St James, Hanover, and Westmoreland.

“We would like the prime minister and the opposition leader to come and meet with us,” said Silvera. “We have been under a SOE for two years. Not that we will not support an extension of the SOE, but we would like to have an voice in all the decisions that are being taken.”

The MBCCI president noted that she had previously invited Holness and Phillips to hold discussions in Montego Bay about the parish’s crime situation but the offer is yet to be taken up.

“I went to a recent meeting of the chambers of commerce and the government, and I requested of the prime minister and the opposition leader to meet with us here in Montego Bay. (At the time) we were having so many more problems with crime than Kingston. I followed up with letters, and the opposition responded that they would come, but the prime minister’s office has not acknowledged receipt of that letter,” said Silvera.

“We have crime in Montego Bay just like anywhere else, and we would love to know if there’s going to be a meeting of the minds, that we would be able to contribute as western Jamaicans in a meaningful way. We have our thoughts as to how this needs to be done, so there’s no reason why we should not be included in those talks,” added Silvera.

Wayne Cummings, one of the MBCCI’s directors, said he was of the view that the SOE would have to remain in force until another crime-fighting strategy can be found.

“In the absence of something to replace it, the SOE needs to stay in place until something comes along. We have a deep-seated, decades-old problem of crime, and what’s happened over 60 years may take up to seven years to deal with,” said Cummings.