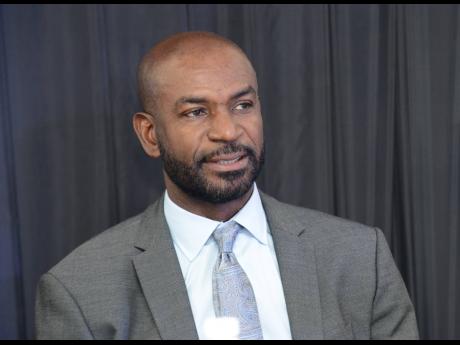 File
Roger Hinds confirmed that he has resigned with immediate effect.

The resignations have begun to come in from members of the Caribbean Maritime University (CMU) Council, inside sources have revealed.

The council is the body that presides over the affairs of the scandal-scarred university.

According to the insiders, as many as four members have resigned in recent days, three of them indicating, last Friday, their plans to step down.

Yesterday, businessman Roger Hinds confirmed to The Sunday Gleaner that he had resigned “with immediate effect” but declined to comment further.

“I was there representing the Shipping Association of Jamaica. Therefore, anything I say to you would have to be cleared by them,” Hinds said.

Another council member who reportedly handed in her resignation told The Sunday Gleaner, “I have no comment to make,” before abruptly ending the conversation.

Also contacted yesterday, Council Chairman Hyacinth Bennett told a Sunday Gleaner reporter to “have a nice weekend” after identifying himself, but before a question could be posed to her.

Sunday Gleaner sources disclosed that the registrar at the east Kingston-based university, who is also a member of the council, indicated from last month that he was stepping away from the institution.

News of the resignations come amid media reports of the damning findings of a special audit of the CMU. The audit was conducted by the Auditor General’s Department.

The full audit report has been holed up at the House of Representatives since last month, but House Speaker Pearnel Charles late last week promised that it would be made public when Parliament meets this Tuesday.

Charles’ statement had come on Thursday afternoon after heavy criticism of his office when the document was not tabled in the House of Representatives last Tuesday.

But after having sight of a copy of the report, The Gleaner last Thursday morning published findings of the report which indicated that CMU President Professor Fritz Pinnock made decisions that undermined his fiduciary responsibility to the university while breaching its human-resource policy with impunity.

The Gleaner first reported that the special audit report uncovered a trail of questionable spending, flagrant human-resource breaches, and other violations of government protocol at CMU.

The revelations have again thrust Ruel Reid, the embattled former minister of education, and Pinnock into a whirlwind of controversy, days before they are slated to return to the Kingston and St Andrew Parish Court to face corruption, fraud, and misappropriation charges.