Crime scenes round the clock 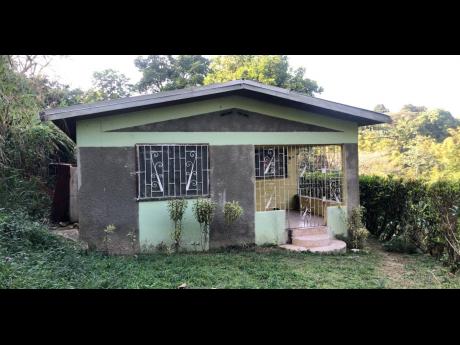 Photo by Andre Williams
The house in Golden Hill district, Kingston 9, where the bodies of two men were discovered Sunday.

The St Andrew North and Central police had their hands full from Sunday night through to Monday as crime-scene investigators tagged body after body in a whirlwind week of violent crime that has seen Jamaica’s murders rise by 43 per cent.

Up to Saturday night, 116 people were killed, an eight per cent rise year-on-year.

An odour emanating from a three-bedroom house triggered residents’ suspicion about 4 p.m.

The bodies of two men were found partially decomposed. They were reportedly stabbed to death and their bodies discovered in separate rooms.

They have been identified as Shawn Dee Williams, 27, and Dane Golding, otherwise called ‘Legendary’, 20, of Waterhouse and Central Village addresses, respectively.

Residents told The Gleaner that the men, who recently moved into the community, were last seen on Thursday.

Investigators were also called to a crime scene in Craig Hill district, along the Gordon Town main road, where an ex-cop-turned-taxi operator was murdered.

Reports are that a motor car that was being driven by Welch was found crashed into an embankment about 10:10 p.m. Welch was seen lying behind the front passenger seat.

Preliminary investigations suggest strangulation as a possible cause of death.

Crime-scene investigators were forced to scurry to the scene of a brazen daylight murder of a service station pump attendant about 12:45 p.m. yesterday across from the Constant Spring Road plaza strip near Half-Way Tree.

Reports are that McKenzie was attending to a motorist when one of two men on-board a motorcycle alighted with a gun and shot him several times.

The gunman then fled on the waiting motorcycle.

McKenzie was taken to Kingston Public Hospital where he was pronounced dead.

When The Gleaner contacted McKenzie’s father, he was too distraught to speak, only confirming that it was his son who was the shooting victim.

Reports are that he was shot four times in the head.

McKenzie’s mother, Shauna Gilbert, told The Gleaner that her son had been employed at the location for about four months.

“He is not a person that even talks. When him come home from work, him stay inside,” Gilbert told our news team, adding that she was clueless why anyone would harm her child.

Investigators said that they would be combing through CCTV footage in their bid to unearth any leads.

The service station was temporarily closed following the incident.