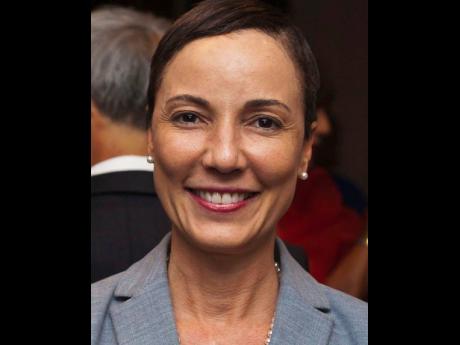 The Government of Jamaica (GOJ) has indicated that it can do nothing at this time to secure the repatriation of Jamaican nationals in Wuhan, China, reporting that its decision was based on the sound advice of unnamed technical experts in the management of public health matters.

There are at least a little more than 400 Jamaicans in China at this time.

Minister of Foreign Affairs and Foreign Trade, Senator Kamina Johnson Smith, yesterday informed the nation of this decision via a press release, more than six hours after cancelling a press conference which had been set for 11 o’clock Friday morning to provide an update on the spread of the coronavirus and related issues.

Johnson Smith said that she had been mandated by the prime minister and Cabinet to explore the possibility of repatriating Jamaican citizens from Wuhan and had made some progress.

“I reached out immediately to partner countries who were evacuating their citizens, explored regional partnerships with countries who also have students and teachers there, as well as a sole GOJ approach by charter of sufficient capacity to cover the distance. Regrettably, none of those options have proved workable. We note that many foreign nationals remain in Wuhan as several countries who evacuated citizens focused primarily on government employees, and were also ultimately limited by capacity and other considerations.”

However, the foreign affairs and foreign trade minister neglected to name any of the countries with which she had discussed the issues or advise specifically of any progress made.

She continued: “Through our continued dialogue with relevant MDAs (ministries, departments and agencies), they assessed the risks involved; the current circumstances, including still unabated dengue and flu season; as well as efforts being made to expand the capacity of the healthcare system to quarantine or isolate persons, based on the natural flow of travel to Jamaica. In that context, they recommended that this avenue not be pursued at this time.”

Johnson Smith indicated that all Jamaicans in China remained in good health, with the Government continuing to monitor the situation.

“We will do all that is possible to support Jamaicans in China even with our small staff in Beijing, along with the support of the Jamaican Association in China and the Chinese authorities through our respective embassies,” she said.

The foreign affairs minister also commended the Chinese government on the unprecedented levels of effort to constrain the spread of the virus and to find a cure, and encouraged Jamaican citizens to raise the alarm about any challenges with basic needs they face, given the assurances from the Chinese authorities that they would do their best to help.