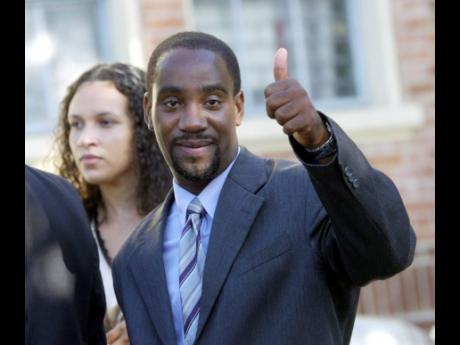 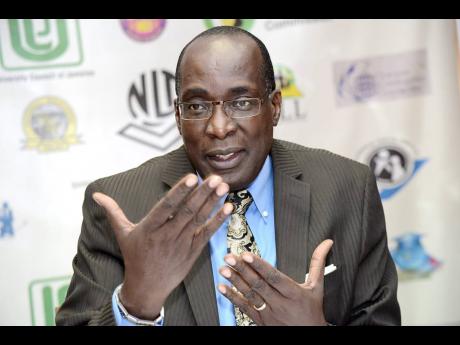 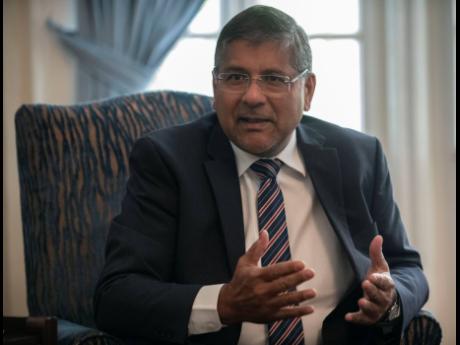 The fact that only one of the 12 politicians who demitted office in the last three decades amid corruption allegations has stood trial has not escaped the attention of one of Jamaica’s main international partners.

After spending millions of taxpayer dollars to create and strengthen a number of anti-corruption institutions in Jamaica, the Government of the United Kingdom (UK) has signalled that it now expects to see more Jamaican public officials and business executives being held accountable for acts of corruption.

“It is the expectation of the UK and partners that more cases will be investigated and lead to successful prosecutions,” said UK High Commissioner to Jamaica Asif Ahmad, before delivering an ominous warning.

“Inevitably, these will involve prominent political and business people on both sides,” he told The Sunday Gleaner yesterday.

Another senior diplomat was more blunt, asserting that it amounts to “technical impunity for corruption” if no one is held accountable for their failures.

“Many brave Jamaicans of the highest integrity are working hard to change this, but are they getting the legislative and financial support they need and deserve?”

In 1990, JAG Smith, a former labour minister in the then Jamaica Labour Party (JLP) administration, and Probyn Aitken, then permanent secretary in the labour ministry, were convicted and sent to prison for corruption charges related to the United States Farm Work Programme.

Since then, successive JLP and People’s National Party (PNP) administrations have been dogged by a laundry list of scandals, some involving allegations that hundreds of millions of dollars were misused.

Despite this, only two members of the political executive, former education minister, the JLP’s Ruel Reid, and former junior minister for energy, the PNP’s Kern Spencer, have been arrested, charged and placed before the court.

Following a trial that spanned six years, he was freed of all charges after his attorneys successfully argued that there was no case for him to answer.

Reid, who resigned last March before the scandal that unfolded at the Caribbean Maritime University, is still awaiting his day in court on fraud charges related to a number of agencies that fall under the education ministry.

Others like the JLP’s Mike Henry and the PNP’s Richard Azan resigned amid corruption allegations, but were later returned to the executive.

Another member of the political executive who resigned amid corruption allegations was the late Joseph Hibbert, the former chief technical director in the Ministry of Works, who went on to become an MP on the JLP side and junior minister in the same ministry.

Hibbert gave up his ministerial duties in July 2009. The resignation came amid a probe in the UK into claims by British bridge-building firm Mabey & Johnson that for years it paid the former junior minister bribes totalling £100,000 to win government contracts valued at hundreds of millions of dollars, a report by Jamaica’s Office of the Contractor General (OCG) has revealed.

Weeks later, Mabey & Johnson pleaded guilty in a British court to bribing several overseas officials, including Hibbert, over an eight-year period starting in 1993, and was fined a total of £6.5 million.

The 401-page OCG special investigation report concluded, in October 2009, that “Mr Hibbert was indeed bribed by Mabey & Johnson and did knowingly and willingly receive and accepted bribes from Mabey & Johnson.”

However, he was never charged with any criminal offence and maintained his innocence up to his death in 2013.

One senior attorney believes Jamaica’s failure to successfully prosecute corruption cases is due mainly to poor investigations and “dismal” prosecution.

Paula Llewellyn, director of public prosecutions, declined to comment for this story.

The attorney, who spoke on condition of anonymity, argued that the investigative arms of the State’s law-enforcement apparatus lack the capacity to handle corruption-related cases.

“Half of them don’t have the intellectual capacity and so they lie, and a good cross-examiner doesn’t have much difficulty showing that they are lying,” the attorney told The Sunday Gleaner.

“They go on a feeling, a belief that there was something untoward. A nuh so you investigate. If you have that feeling, go find the document or the behaviour on the part of the suspect that can support it.”

Ahmad believes the people of the UK and Jamaica “are entitled to greater reassurances that their funds are properly accounted for.

“For the greater good of Jamaica, anti-corruption measures have to be more effective than they have been in the last decade,” he said.