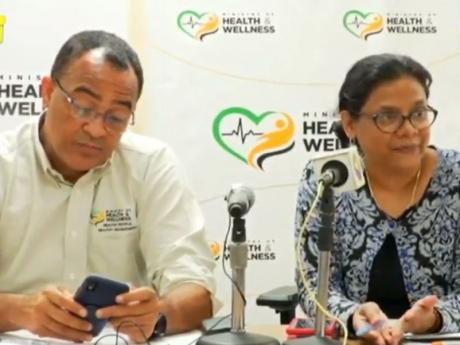 Jamaican health authorities are reporting that a patient who was being quarantined after returning home from China is now showing a "progression of symptoms" of the Coronavirus.

The patient had been quarantined as part of measures imposed by the Government late last month in response to the Coronavirus that has so far killed almost 1,000 people and infected thousands more in China.

At a press conference at the Health Ministry's New Kingston head office a short while ago, chief medical officer Dr Jacquiline Bisasor McKenzie, said the patient has now been isolated at a medical facility.

This is the second patient to be isolated.

Bisasor McKenzie also reported that the patient has been tested and the results are expected in another two to three days.

At present, two Jamaicans are in isolation, 12 quarantined in government facilities and 78 quarantined at home.