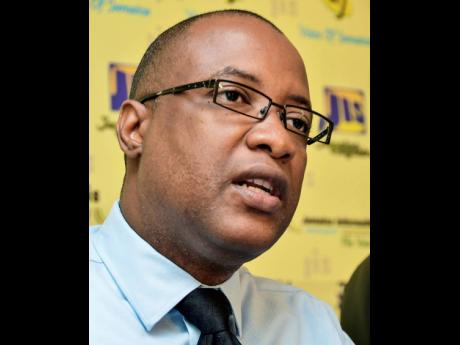 Permanent Secretary in the Ministry of Health and Wellness, Dunstan Bryan, battled to calm fears and outrage from concerned residents in Vineyard Town, St Andrew, over fast-tracked plans to establish a novel coronavirus quarantine centre at the St Joseph’s Hospital in the community.

Staff at the state-owned hospital will be redeployed, and some businesses in the area will have to be relocated, Bryan revealed.

Bryan and Chief Medical Officer Dr Jacquiline Bisasor McKenzie were in the firing line and sought to explain to residents and other stakeholders that quarantined persons did not necessarily have the virus or present related symptoms but were placed under observation as a precaution. Contraction of the novel coronavirus would trigger an immediate transfer to the National Chest Hospital for isolation, officials said.

More than 900 people have died from the virus, and 40,170 people have been infected, but the viral spread has not reached Jamaica’s shores.

However, residents vigorously opposed the plan, fearing, they said, that the community – and particularly young children – could become susceptible to viral spread.

Bryan said the Government would need to establish several facilities across the island, adding that St Joseph’s had been chosen because it already had a quarantine area.

“It is not an easy decision. On Friday, I had to sit with all staff members at St Joseph’s and advise them they have to be relocated. I had to advise business people that their businesses will have be relocated,” the permanent secretary said.

Several schools are in the proximity of the hospital, including Jessie Ripoll Primary, Clan Carthy Primary, and Clan Carthy High School.

But residents queried that if hospital staff and businesses had be to relocated, households and schools would be at risk.

“Where we going to go?” a resident asked.

“Find somewhere else,” sections of the crowd said in unison, disgruntled that they had not been consulted on the plans.

“We fi use Andrew Holness’ house,” chimed in one woman, referring to the prime minister’s mansion in the upscale neighbourhood of Beverley Hills.

Bryan again fought to temper boiling anger at the meeting.

Quarantining can take place in two places – at a facility or at home – he said, where persons would be assessed by trained public health officials.

“The difference is determined by the risk profile. Questions are asked like, where in China were you, and, how long ago were you in China? Based on the questions, we decide if you go home or to a facility,” he told the audience.