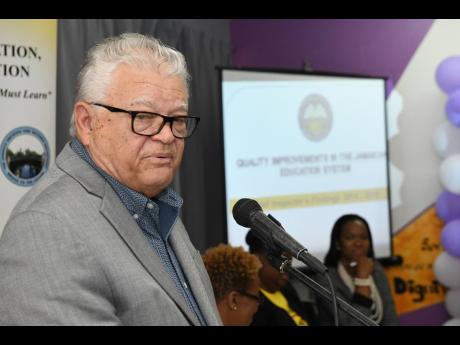 Some 390 teachers have fled the classroom in a mass exodus since last September, with a paltry 51 retired teachers having answered the call since then, from the Ministry of Education, Youth and Information, to be re-engaged as educators.

Karl Samuda, the minister without portfolio in the Office of the Prime Minister who holds responsibility for the Ministry of Education, Youth and Information, made the disclosure yesterday in a hastily called press conference at the ministry’s National Heroes Circle head office.

“It would be false to suggest that this level of migration has not impacted on the school system,” Samuda admitted, though seeking to downplay its effect.

“That, on the face of it, may seem very alarming, but when one considers that we have a total teaching population of just under 24,000, this amount comprises about 1.6 per cent. So I just want to assure you that it has impacted on the ministry, but it’s not at a level where we need to get alarmed.”

Outlining some of the measures that have been taken to help address the situation, Samuda said the ministry has allowed for the engagement of final-year student-teachers from accredited institutions during their practicum experience on a temporary basis.

He said schools have also redeployed staff and or increased their teaching sessions and there has been an increased use of ICT and the videotaping of lessons.

Samuda said the Government would be placing more emphasis on video conferencing, which would give the option of reaching more students in a more concentrated way, reducing the need for the physical presence of a teacher in a classroom.

Other long-term remedial measures include the provision of J$70 million in the 2020-2021 Budget to fund scholarships for teacher training. This, in addition to the J$360 million the ministry plans to spend over the next three years funding the training of 300 more teachers.