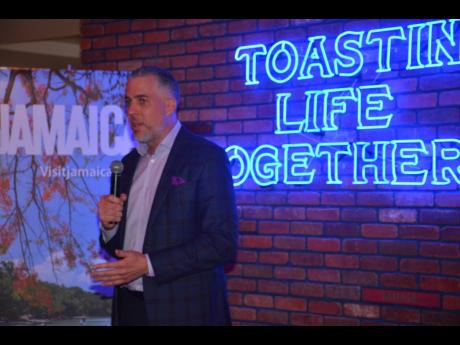 The success of the 2019 staging of the Jamaica Rum Festival was a foretaste of this year’s event and is set to enhance the country’s global appeal as a travel destination, Phillip Rose, Jamaica Tourist Board (JTB) regional director for North East USA, has said.

According to Rose, the festival can be proudly marketed to international visitors as a major pull to the city of Kingston. He said that the JTB will seek to tap all aspects of Jamaican culture, including music, cuisine, sport, adventure, nature, and wellness.

“We were pleased with the turnout at the inaugural event and are happy to return as partners. As a destination which is largely dependent on tourism, we are well aware of how instrumental on-island events and festivals are as a draw for visitors,” Rose told The Gleaner during the New York launch of the event on Monday.

“Gastronomy is an important part of tourism and our exceptional culinary delights such as our rum are among the top reasons why travellers visit Jamaica and keep coming back.”

Rum, he said, is an important part of Jamaica’s history that is intrinsically woven into the culture of the island, which was first in the Caribbean to produce the spirit on a commercial basis for export.

“Rum takes its place right up there with Jamaican coffee and Jamaican cocoa as one of the finest in the world ... ,” said Rose.

Gruppo Campari, sponsor of the festival, has also reiterated its commitment to maintain the tradition of rum production that has been undertaken in Jamaica by Appleton Estate.

Speaking at the launch of the event, K.K. Hall of Campari America said that Appleton would not depart from its rum protocols, including its preference for sugar cane grown within the Nassau Valley in St Elizabeth which, because of its water, climate, topography and soil, provides ideal conditions for growing the crop.

“We have an incredible commitment to the history and the heritage of Jamaican rum, and it is our vision to continue to craft rum the way we believe Jamaican rum should be crafted,” she said.

“We also distil our rums with Jamaican limestone-filtered water, which makes it a little bit sweeter and a little bit more Jamaican-sassy than other rums throughout the world. We have no added flavours in our rums,” Hall added.

Hall also highlighted what she said was Appleton’s “strong, unwavering commitment to minimum ageing and tropical ageing, which was perfected on the Appleton Estate.

“We age every drop in Jamaica. We don’t ship it off to another continent halfway through,” she explained.

The executive also expressed high optimism that rum was poised to take its rightful place among the list of spirits considered prestigious across the world.