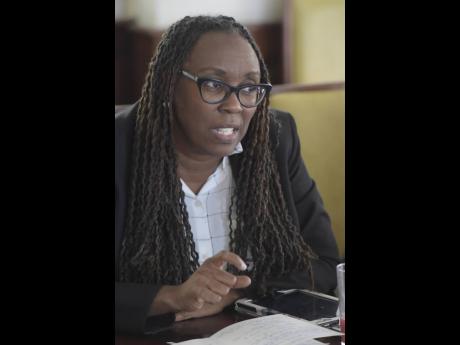 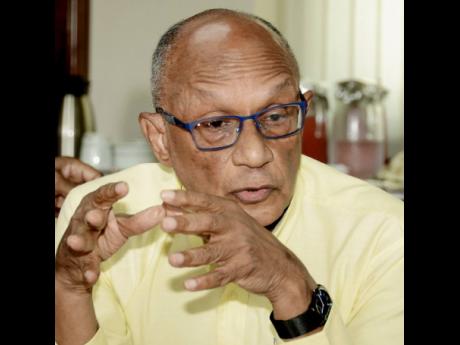 The failure of successive administrations to simply enforce laws enacted to combat corruption has been held up as one of the reasons almost seven out of 10 Jamaicans believe their Government is run by powerful business interests.

One such example, according to the local corruption watchdog National Integrity Action (NIA), is the continued failure of the Electoral Commission of Jamaica (ECJ) to make public the reports filed by the two main political parties detailing how last April’s East Portland by-election was financed.

Under Jamaica’s fledgling campaign finance laws, which came into effect in 2018, political parties are required, after an election, to submit campaign expenditure reports to the ECJ. The reports are to be published by the ECJ within six months.

“Now we are in February 2020 [and we] still haven’t seen the report, and the ECJ tells us that there were some challenges.

“What we are saying is that one big, important way to begin to reduce the perception that the politics is controlled by a few behind the scenes is to apply the law as it exists now. We not even applying that,” he continued.

The concerns come against the backdrop of the 2019 Global Corruption Barometer released by the international watchdog Transparency International, which shows that 67 per cent of Jamaicans believe the Government is run by a few “big interests” looking out for themselves.

According to the survey, 39 per cent of Jamaicans strongly agreed with the statement while 28 per cent said they tend to agree.

Jeanette Calder, executive director of the think tank Jamaica Accountability Meter Portal (JAMP), believes one way to help change this perception is to blacklist large and small entities from getting government contracts when they fail to provide value for money.

“The shift in the public perception can and will come from improved accountability … if the Government moves with alacrity when reports of mismanagement arise and follow through to the end to identify perpetrators and apply sanctions that fit the malpractice,” she reasoned.

Calder suggested, too, that any plan to change this perception must “capture the attention” of the electorate. “Issues that impact and influence voters will almost always garner more attention and responsiveness from political leaders.”

She added: “Any theory of change must look for ways to capture the attention of voters and provide a vehicle for the voice of the voter to communicate that where they place a mark on the ballot paper will be largely determined by how a particular concern is addressed and demonstrably prioritised by our Government.”

Munroe pointed, also, to breaches of the long-established Public Bodies Management and Accountability Act, which requires all state entities to submit an annual report to Parliament by March 31 each year on their budget and activities for the previous fiscal year.

Successive governments have routinely selected party sympathisers to serve on the boards of directors of public entities to help implement their policies.

“The last time I checked, of the 163 public bodies, only 37 had met the deadline. The Public Bodies Management and Accountability law provides for the persons responsible for those breaches to be brought before the courts, and it has never been done,” Munroe noted.

“So, there is no deterrent. Why should I bother myself to get my report telling what I have done and what I plan to do if failing so to do doesn’t attract any penalty?” Munroe questioned.

He cited, too, the fledgling Public Procurement Act, which was passed by the legislature in 2015, but not implemented until last April when lawmakers approved the regulations. Under the legislation, a public officer can be directed to pay back to the public purse the full value of a contract that was found to have been awarded in breach of the Government’s procurement rules.

“Anything since 2019 where there has been that breach, we are asking that the law be enforced as a deterrent against public officers doing what they have been doing for the last 50 years,” Munroe said.

A special audit of the Caribbean Maritime University (CMU), which falls under the Ministry of Education, found procurement breaches totalling $217.7 million and US$989,485 over three financial years, starting with the 2016-17 period.

“CMU procured good and services totalling $217.7 million and US$989,485 without undertaking a competitive bidding process as required by the Government’s procurement guidelines,” stated the audit report prepared by the Auditor General’s Department.

The auditors found, too, that CMU did not submit any annual reports over the three-year period.

Without making reference to CMU, Calder argued that a corrupt act is “almost always preceded by some deviation” from established procedures.

“Therefore, it stands to good reason that if we track breaches and hold public officials to account, for not just what they did or didn’t do to prevent the infraction, but also what they have done to ensure it does not recur, we will be very far down the road to redirecting funds fleeced from the public purse back to providing better public goods and services for Jamaicans,” Calder said.