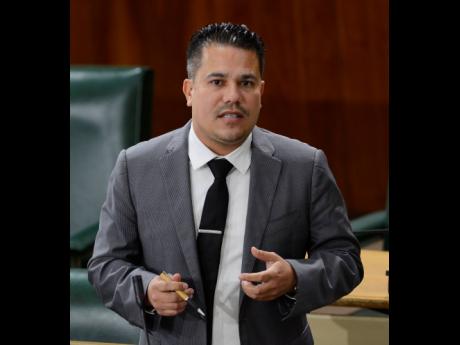 At least one political analyst believes that the appointment of government senator Matthew Samuda as minister without portfolio in the Ministry of National Security will help ease the burden on portfolio chief Dr Horace Chang, as the Jamaica Labour Party (JLP) general secretary focuses on laying the groundwork for a general election due by 2021.

Samuda was sworn in yesterday by Governor General Sir Patrick Allen in a ceremony at King’s House in St Andrew.

The 35-year-old, who has become the youngest member of the Cabinet, is expected to bring the gusto and marketing savvy from his public-relations background and muscle through policy as he did with legislative bans on plastics and styrofoam.

“I expect that most of this year, all the ministers will be more into politics than governance, because this is how the system is set up. The politician and the minister is one and the same person,” said political analyst and attorney Patrick Bailey.

“I would imagine that as it comes closer to the election, you will see the more politician side of the minister (Chang). So, of course, him being there to help Mr Chang is wise because, as the general secretary, Dr Chang will have to concentrate on the readiness throughout the island,” he added.

For Shalman Scott, former mayor of Montego Bay, Samuda’s appointment to the ministry did not come as a surprise.

“Matthew Samuda has begun as a young man to show tremendous promise and a level of seriousness absent from the age group to which he belongs and I am of the view that wherever he is placed, he will succeed based on his record of performance,” Scott said yesterday in an interview with The Gleaner.

Samuda’s appointment fulfils the constitutional provision for a minimum of two Cabinet ministers from the Upper House as he replaces Pearnel Charles Jr, who resigned last week to run on a JLP ticket for the Clarendon South East constituency vacated by four-term Member of Parliament Rudyard Spencer.

Samuda, who was appointed to serve in the Senate in March 2016, told The Gleaner that he was humbled by his appointment and ready to work.

“Definitely, it means a lot for the prime minister to put such confidence in you. What I bring to any portfolio is the capacity for work. I’m going to do my very best to work with my minister, Dr Chang, to ensure that the policy framework is what the country needs and to ensure that I am there to help him with any implementation gaps,” Samuda, a former president of the Generation 2000, the JLP’s young professionals’ arm, said.