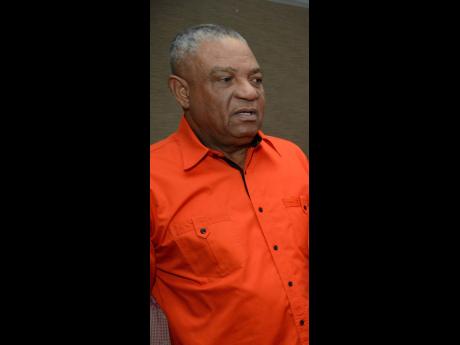 Dalley, while addressing supporters, said on Sunday, “… PNP straight, we nuh bend up, bend up.”

And Golding, in an unusual style, pounced on the dreadlocked member of parliament as well.

“Terrelonge, when him see the straightness of the man who coming against him, will be wobbling in his boots.”

The PNP, smarting from criticism, said the utterances were regretful.

“The People’s National Party is expressing regret at what has been viewed as homophobic utterances by some of its spokespersons at the presentation of its [standard-bearer] for East Central St Catherine, Dr Winston De La Haye.

“The party wishes to affirm its commitment to non-discrimination based on class, colour, creed or sexual orientation,” the Opposition party said in a terse statement to the media yesterday.

De La Haye himself also pronounced on the controversy, saying he was running a non-discriminatory campaign.

“As a physician and psychiatrist, my thought process and, by extension, my campaign are all inclusive and non-discriminatory,” De La Haye said on Twitter, responding to criticism surrounding the party’s posture last Sunday.

The Gleaner yesterday sought to make contact with Dalley, who is the deputy chairman of the PNP. However, his phone went unanswered.

Attempts were also made to reach Golding, but those, too, were unsuccessful.