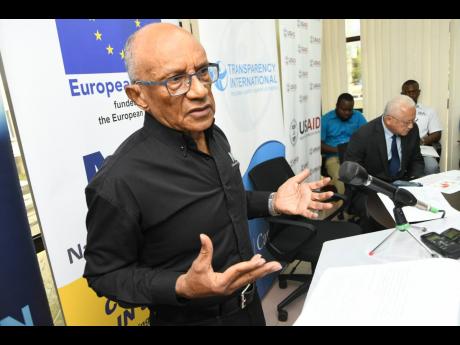 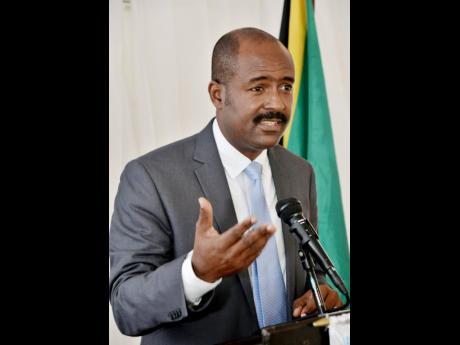 A report that is now before the Integrity Commission has seemingly made a number of “adverse recommendations” involving key players in the multimillion-dollar scandal that was uncovered at the state-owned oil refinery, Petrojam.

But according to Sunday Gleaner sources, the report, which was crafted by the investigative arm of the commission, was stuck for months in the malaise at the prosecutorial arm of the corruption watchdog entity.

The commission acknowledged, in its first annual report sent to Parliament on July 9 last year, that “the investigative process and report dealing with matters concerning Petrojam Limited has been completed and is being forwarded to the Director of Corruption Prosecution (DCP)”.

There was nothing in its report about the findings of the investigation, and Sunday Gleaner sources also declined to discuss results of the probe. However, it was suggested that some of the persons who featured in the 2018 audit of Petrojam should be concerned.

Despite the assurance given to lawmakers, the investigative report was at the commission gathering dust for more than six months while the anti-corruption body tried to sort through internal issues that had virtually shut down its prosecutorial division, sources and an official indicated.

“The report was never submitted to the Office of the Director of Corruption Prosecution up to the time Dirk Harrison demitted office on July 31 last year,” said one source, making reference to the former contractor general who served as acting head of the corruption prosecution division.

An official at the commission explained that the investigative report could not have been handed over to the DCP at the time because the “holder of the office did not have an instrument of appointment”.

The official acknowledged, too, that it was in abeyance for several months because of the vacancy created by Harrison’s departure.

However, the Integrity Commission official, who spoke on condition of anonymity, confirmed that since the appointment of Keisha Prince to act as director of corruption prosecution, the report has been forwarded to her office.

“She took over and got her instrument [of appointment] from the governor general, and that cleared the way for the report to be handed over to that office,” the person said.

While noting that public confidence in the justice system remains relatively high and is likely to grow with the current reforms being pursued, executive director of the National Integrity Action (NIA), Professor Trevor Munroe, has warned that trust in the Jamaican judiciary could be undermined by undue delay in authorities acting on investigations involving prominent or well-connected persons, such as those serving on the boards of public bodies.

“Such delay feeds the perception that ‘nothing will happen’ in those cases. Therefore, the public response is ‘why should I bother to report wrongs or breaches?’,” Munroe told The Sunday Gleaner.

The 2018 comprehensive audit of Petrojam and review of its parent company, Petroleum Corporation of Jamaica (PCJ), painted a picture of a free-for-all at the state-owned oil refinery. The audit detailed how hundreds of millions of dollars were paid out for contracts that were awarded in breach of the Government’s procurement rules and the company’s internal policies.

Further, the report pointed to “explicit acts of nepotism” at both entities and deficiencies in their human resource recruitment and management practices.

Among the main findings are that over the five-year period, ending with the 2017-18 fiscal year, Petrojam reported that it used 1.5 million barrels of oil, valuing approximately $12.8 billion, during normal refinery production. However, the company could not account for 600,684 barrels, valued at $5.2 billion.

The audit also detailed how nearly a month after former Petrojam general manager Floyd Grindley took office, he terminated the services of the then human resource manager and replaced her with Yolande Ramharrack, who did not have the academic qualification for the post.

Despite this, her salary quickly moved from $6.9 million to just over $12 million in one year. Ramharrack was facing disciplinary charges when she resigned last year and received a severance package of just over $13 million, before taxes, under an agreement brokered with the company with a non-disclosure clause.

The audit, which was conducted by the Auditor General’s Department, also found that the state-owned oil refinery paid out over $25 million in sponsorships that “lacked transparency and accountability”.