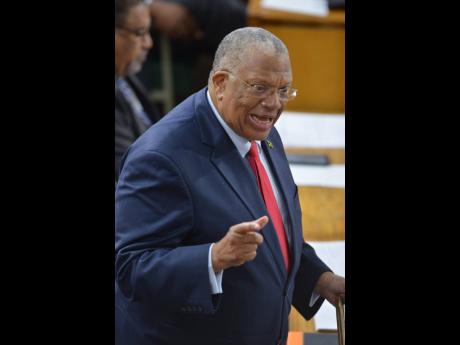 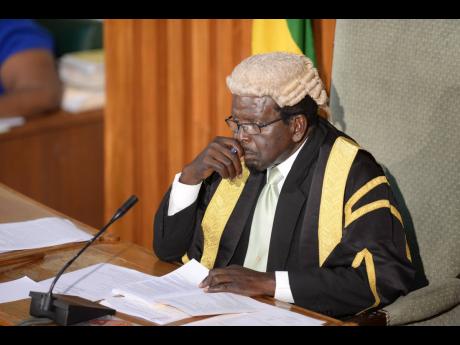 Opposition leader Dr Peter Phillips and House Speaker Pearnel Charles Sr are both resolute that persons charged with governing the country must ensure that they themselves uphold the law.

According to sources, the parliamentarians were delinquent in filing their annual declarations of income, assets and liabilities, which is mandatory, and could soon face legal charges. Their case files have reportedly been referred to Director of Corruption Prosecution at the Integrity Commission, Keisha Prince.

The Integrity Commission is the body established to police Jamaica’s anti-corruption laws.

Phillips, who said he was unaware of who the offenders were, noted that he was not asked by the commission to assist with compliance of any People’s National Party (PNP) officials, which happened under the old regime.

“I have not been asked. Not in the last six months, and I think the old way was the better way, in my estimation. Now, I don’t know if persons have been contacted directly,” the PNP president told The Sunday Gleaner.

He recalled that in the past, some persons had disputed claims that they had breached the anti-corruption laws and had sought to clear their names.

Charles Sr also stated that his help was not sought.

“Under the old Parliamentary Integrity of Members Act, the office of the Speaker, Opposition Leader and Prime Minister would be relied on to seek compliance in the shortest order. Where I have intervened in the past, there was at least 90 per cent compliance within days,” Charles told The Sunday Gleaner.

Noting that persons have been in breach of the law for a number of reasons, Charles said, “Some genuinely forget that they must file up to two years after leaving office, some don’t care, while the process of securing documents required for submission is considered too tedious for many.”

Phillips said a future government of the PNP would seek to amend the Integrity Commission Act of 2017, giving more power of authority to the prosecutorial and investigative arm of the anti-corruption body.

The current Integrity Commission has been in operation for some two years, having eclipsed, and subsumed, two previous anti-corruption watchdogs for parliamentarians and public servants, as well as the Office of the Contractor General.

According to Sunday Gleaner sources, neither the old nor new act require assistance from any third party to seek compliance for delinquent lawmakers.

“It was a matter of custom, and not legal. Apparently, this new body is sticking to the letter of the law,” said the source.