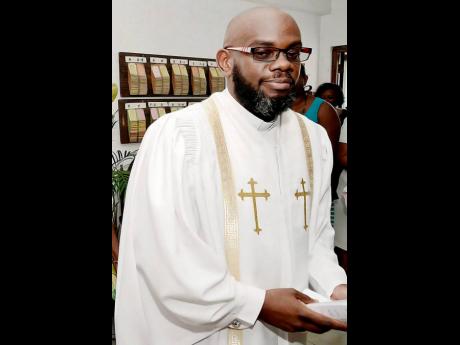 The Jamaican society first needs to recapture the essence of respect for persons and institutions of authority if the country is to make any progress in its fight against crime and violence, according to Reverend Astor Carlyle of Webster Memorial United Church.

Preaching on the theme ‘Healthy Parents Promote Parental Dignity’, Carlyle anchored his sermon on Exodus 20:12 (New International Version), “Honour your father and your mother so that you may live long in the land the LORD your God is giving you,” during Sunday’s regular weekly 9:45 a.m. service at 53 Half-Way Tree Road, St Andrew. He told the congregation that Jamaica had moved away from God’s commandment by allowing unruly children to have their way and their say in matters where they ought to have been guided. It is a situation for which the country will continue to pay dearly, he said.

The manifestation of disorder and lawlessness, which has become the norm among the motoring public, and increasing reports of ­indiscipline in schools are a sure sign of the breakdown of authority ­structures in the country, according to Carlyle.

“When there is no respect for authority, disorder of all types overtakes and overruns. When there are no boundaries in the expression of self, when the lines of authority are blurred, the ­fabric of society ­disintegrates. When our children hear us bad-­mouthing police officers, politicians, and ­pastors instead of creating for them a healthy approach to ­critique, how, then, can we expect civility to reign in this country?

“When children know that their parents will join them at school to beat off the teacher, how can we expect respect and order to reign in our country?” he asked rhetorically.

The clergyman disclosed that in a conversation, former Prime Minister P.J. Patterson had explained that Jamaica’s problem was not crime and violence. “These are symptoms of the problem; the problem is a spirit of lawlessness and flagrant disregard for authority that has overrun our society,” the former statesman had pointed out.

This is compounded when authority figures are undermined and dishonoured, Carlyle said.

He used the occasion to offer this bit of advice to mothers, fathers, godmothers, ­stepmothers, aunts and uncles, and other ­guardians of children.

“The ‘cute’ and rude behaviour of our little ones must be lovingly and firmly curved. For when they feel they can get away with their little wrongs and bad behaviours, they will push the envelope until you are pushed out of a position of authority in their lives. There must never be a question as to who runs things in the house.”