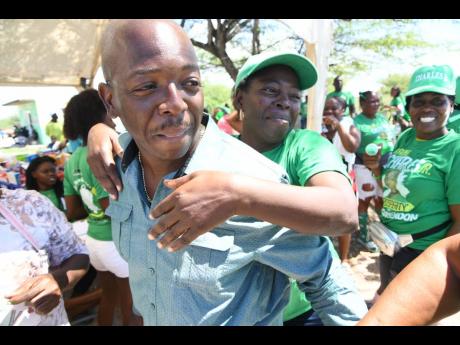 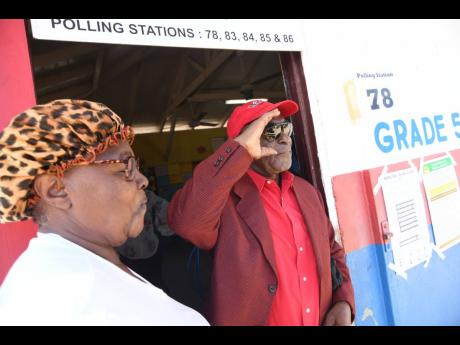 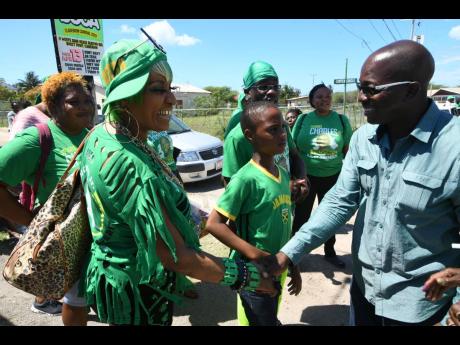 Having defeated his opponent in yesterday’s by-election for the vacant Clarendon South East constituency, Pearnel Charles Jr says the time he will serve with his father, Speaker of the House of Representatives Pearnel Charles Sr, in Gordon House, will be the most memorable of his political career.

In a by-election where 19 per cent of electors showed up, Charles won with 6,845 ballots, representing 90 per cent of the voter turnout, while independent candidate, Dereck Lambert, only secured 738 votes. A little more than 40,000 persons are on the voters’ list.

In the 2016 general election, Rudyard Spencer won with just under 10,000 votes, while his opponent Patricia Duncan Sutherland received a little more than 9,000 votes.

Charles told The Gleaner yesterday that getting the chance to serve, even for a short time with his father in Parliament, will be an “awesome experience – one that may end up being the most memorable experience of my political career, because he means that much to me”.

Divulging that his father was his political mentor, Charles Jr said he sought advice on personal political issues from the man he affectionately calls “Chief”.

“The Chief and I are very close beyond father and son. ... I could never ask for a better father. He has empowered me by giving me an education, by showing me love, and I am grateful to him,” Charles Jr said.

It is no secret that Jamaica Labour Party (JLP) leader and Prime Minister Andrew Holness has signalled that a general election could be on the horizon, with national polls constitutionally due early next year.

Charles knows that his by-election honeymoon victory may be short. As such, the young politician is seemingly in a hurry to consolidate the win by hitting the ground “and continue running”.

He said that his approach to representational politics would be engagement and partnerships with the people and stakeholders in the constituency.

Charles said that one of his first assignments would be to erase political zones in Clarendon South East, noting that he would interact and work with constituents whether or not they supported his candidacy.

The MP-elect said he intended to unveil a plan and vision that the constituents could buy into, “and that means doing things that they can see and feel in the short term”.

Yesterday’s by-election was not without a bit of controversy, as unauthorised persons were reportedly seen wearing white shirts with the word ‘Observer’ printed on the back at polling stations “interfering with potential voters”, according to the co-chairs of the Election Centre, Director of Elections Glasspole and Political Ombudsman Donna Parchment Brown.

The actions of the ‘observers’ were condemned by both co-chairs of the Election Centre. They stated that only the Citizens Action for Free and Fair Elections had been accredited observer status by the Electoral Commission of Jamaica.