Anglicans pull back on communion, visits to shut-ins 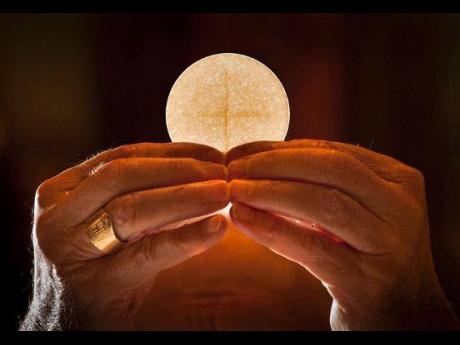 Long-standing rituals such as communion will be altered or suspended in the wake of the emergence of novel coronavirus infections in Jamaica, the Rev Dr Howard Gregory, archbishop of the Anglican Church in the Province of the West Indies, has said.

The Anglican Church had embarked on public awareness even before the local cases of COVID-19 had been confirmed here, the archbishop disclosed.

“There are some congregations in which people join hands for things like the Lord’s Prayer. That should no longer take place during this period, and in terms of the administration of the sacrament within our tradition where we drink from one cup, that communion will no longer be administered during this time,” he told The Gleaner yesterday evening.

Another aspect of Roman Catholic and Anglican tradition is intinction – the Eucharistic practice of dipping the consecrated bread, or host, into the consecrated wine before consumption by the communicant.

“This is not to be done during this period because the priest putting something into somebody’s mouth is taking it into the area where a lot of the transfer of the virus takes place,” said Gregory. “So the administration will see to the elimination of those aspects of the ritual with which people are accustomed. Also, they will see the priest using the sanitiser, for example, before performing certain rituals.”

Gregory said that the church would also be reducing visitations to shut-ins and the sick because that cohort of the population was most vulnerable.

The archbishop acknowledged that COVID-19 precautions could lead to diminished church attendance and reduced offerings, but contextualised that eventuality as part of the fallout that will affect every sector – religious and non-religious.

“I think those are real issues and will probably happen, but … that is going to be the reality of the entire nation. There is going to be significant dislocation in terms of people’s income and economy, generally. I don’t think we can escape that reality. How serious it will be we are just going to have to wait and see,” Gregory said.

The Anglican Diocese will also equip all restrooms with hand sanitiser.